The Government of Quebec announced Wednesday that it will be investing $15 million into scholarships for personal care attendants studying at recognized post-secondary institutions. The workers—more commonly known as health care assistants in B.C.—care for frail and elderly seniors in both long-term care and home health.

The province reports that it is looking to recruit 30,000 new care aides over the next five years in order to meet growing demand for seniors’ care services as the population ages.

The recent investments will support the hiring of approximately 2,000 personal care attendants by providing each student with $7,500 in financial support. Recipients will be required to commit to working at their training institution for two-years following graduation as part of a return-to-service agreement.

Similarly faced with chronic worker shortages here in British Columbia, BC Care Providers Association has committed to investing $100,000 into a bursary program over the next three years for students enrolled in recognized care aide training programs in B.C. The first year will see bursaries of $3,125 allocated to eight students enrolled at Okanagan College.

However, these investments alone will not be sufficient to address the chronic and ongoing worker shortages that plague this province, which are most acute in the interior and on the island.

In order to meet the demand of our aging population, the BC Ministry of Health estimates that the province will need to hire an additional 2,800 care aides over the next five years. Already, private and non-profit care providers in B.C.’s interior report that there are the equivalent of 252 HCA positions vacant, the majority of which are full-time jobs.

While the Government of British Columbia has invested in increasing the number of training spaces available for student care aides, the province has stopped short of providing much needed financial assistance.

BCCPA has advocated for the creation of a provincial tuition relief program. Tuition for the seven month care aide training programs ranges from $3,000 to $11,000 depending on the institution. Combined with loss of income, many potential students are priced out of the program.

With few signs of the worker shortage abating, BCCPA remains hopeful that the 2020 provincial budget will include renewed funding for health care aide education. 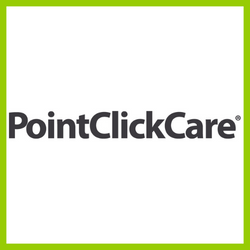