As outlined in a May 2017 BC Care Providers Association (BCCPA) op-ed, it will be critical for the private sector (including for profit and non-profit) to continue to play a major role in meeting the care needs of a rapidly growing and ageing population. With this increased demand for care, as well as governments and stakeholders advocating for moving resources away from acute to home and community care (HCC) to reduce costs and improve quality, it is troublesome to see some like the Canadian Centre for Policy Alternatives (CCPA) advocate in their March 2017 report entitled Privatization and Declining Access to BC Seniors Care[i] that the role of the private sector in the delivery of seniors care be significantly diminished.

In making this recommendation, the CCPA and other stakeholders argue that the quality of care provided in private care homes is largely inferior to that provided by government run care homes. In particular, it also notes that staffing levels, including direct care hours (DCH), are lower as highlighted in a 2017 report from the BC Office of the Seniors Advocate (OSA).[ii] While the DCH levels may be lower in some private care homes, this assertion is somewhat disingenuous without also noting the DCH levels, whether private, non-profit or government run, are determined by the regional Health Authority, which provides funding for different DCH levels to each care home in BC. In reality, the number of daily care hours provided to seniors is mandated and closely monitored through a contractual agreement between the care provider and the health authority.

Likewise, along with failing to mention different DCH funding levels, the CCPA report also does not mention that all care providers, whether public, private or non-profit, are held to high-quality standards and regulations. Finally, and perhaps most importantly, the CCPA report also relies largely on evidence from outside of province of BC or even Canada to argue that private run care homes provide inferior quality of care.  Currently, there is no specific BC data or studies which clearly highlights that private care homes provide inferior quality of care.

In fact, a recent report from Alberta which highlights results of a 2014/2015 Long Term Care Family Experience Survey largely debunks this notion indicating that in general, no one model type (government, private or non-profit) was better or worse than the others across all key measures of family experience measured.[iii] More recently, a similar study on supportive living released in July 2017 by the Health Quality Council of Alberta also came to the similar conclusion noting that who ran the facility — private, a non-profit organization, or Alberta Health Services did not significantly influence quality of care.[iv].

Using available data from the OSA’s 2017 Residential Care Facilities Quick Facts directory it would appear, however, that there are also not significant differences in BC. For example, as noted in greater detail in Appendix A, non-health authority operated care homes are generally doing better in areas such as having food cooked on site and higher rates of residents receiving recreational therapy. In addition, such are care homes have fewer disease outbreaks, rates of reported abuse and medication errors on average per 100 beds. In other areas, however, such as accreditation, falls with injury / adverse events and rates of aggression between persons in care per 100 beds; as well as percentage of residents receiving occupational and physical therapies, non-health authority operated care homes were lagging marginally behind.  It is important to note as is the case with any indicators or measures some of the differences may be due to different levels of acuity among residents or even funding levels as mentioned earlier. 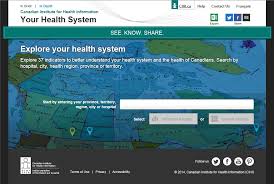 Based on the earlier OSA data and the CIHI indicators presented above it is difficult to decisively conclude that either health authority or non-health authority operated care homes perform better with respect to quality or overall care. While these are only a few selected indicators there may be other areas including various measures or indicators that need to be looked at.  These differences will also need to be factored in for consideration. Likewise, and perhaps most importantly, the selection of appropriate indicators which can be used to measure actual quality of care received by seniors living in residential care will be critical. This, for example, is one of the challenging areas that the BCCPA’s recently established Quality Improvement Committee has been attempting to address.

In general, however, as outlined in earlier BCCPA op-ed rather than pushing out private operators, the responsible position would be to embrace and encourage the types of innovation they have introduced into the system while upholding high standards for quality care.[v] Such innovations include, for example, the introduction of new technologies but also development of large campuses of care that include a variety of amenities such as daycare centres or restaurants.  The BCCPA hopes to continue to discuss and highlight the important role the private sector plays in the delivery of seniors’ care, particularly as a leader in innovation and improving choice in all areas of the continuing care sector. The BCCPA also continues to support and uphold appropriate oversight and regulations so that care providers, regardless of ownership type, are held to the highest possible standards when it comes to caring for BC’s frail elderly.

The BCCPA would also recommend that a greater focus be given overall to improving the quality of care or quality of life for seniors whether provided by government or non-government care providers (including for profit and non-profit). As such in its 2017 report Strengthening Seniors Care: A Made-in-BC Roadmap, the BCCPA recommended the provincial government establish a new Seniors Quality of Life Fund (SQLF) to support quality of life for seniors in residential care and in the community. Along with providing services to community, the SQLF would provide up to $100 per month per senior living in a non-government operated residential care setting (approximately $25-30 million per year). The SQLF, for example, would address several important areas to improve the well-being of seniors including access to life enhancing therapies (i.e. recreational, occupational, music and physiotherapy) increased adult day programs as well as improved food and nutrition.

The important issues of quality care and quality of life were also discussed at the 2017 BCCPA Annual Conference which included a panel of experts such as Isobel Mackenzie, BC’s Seniors Advocate and Michael Marchbank, CEO Fraser Health. The BCCPA is also exploring another Care to Chat perhaps in 2018 to look at this issue further particularly how quality of care for seniors can be improved whether it is delivered privately or publicly.[vi]

To view Appendices A and B in pdf format click here.

[vi] As outlined in Strengthening Seniors Care: A Made-in-BC Roadmap, the Seniors Quality of Life Fund (SQLF) would address some of the following areas: Increased access to recreational therapy as well as occupational and physiotherapy; Increased access to a broad array of music therapy programs such as Concerts in Care and Sing for Your Life, both in residential care and the broader community; Reducing seniors’ isolation through increased Adult Day and similar programs; and Maintaining and enhancing the overall quality of food and nutrition in residential care homes including meeting therapeutic diet requirements and providing culturally appropriate meal options.