The story of Wolfram and Anita Gottschalk being separated due to lack of a care residence that can serve each of their unique needs became an international sensation. It is a testament to the power of social media, and of the public’s passion for caring for our elders. 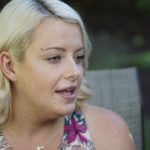 Now the story has a new twist — the couple are back together living in the same care home thanks to the efforts of the Fraser Health Authority. While there were several media reports, Vancouver Sun noted that the Gottschalk’s granddaughter Ashley Bartyik was a featured speaker at last week’s BC Continuing Care Collaborative.

“Bringing couples together in care is very important to us,” Juma said, adding the Gottschalks’ situation was complicated because the couple needed different levels of care and were specific about where they’d like to live.

Juma said Fraser Health has improved its communication with families since the summer’s media storm.

“We’ve learned that we need better communication with families about how the process works,” she said.