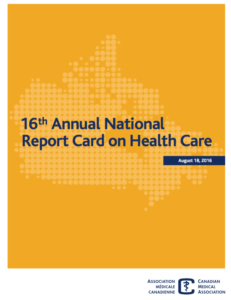 In advance of its annual meeting, located this year in Vancouver, the Canadian Medical Association (CMA) released the results of a national survey conducted by Ipsos that shows strong support for increased federal funding to support an aging population. Key findings are included in their 16th annual report card on national health care.

Nearly three-quarters (74%) of Canadians surveyed support “topping up” funding for provinces and territories with older populations.

Michael Kary, BCCPA Director of Policy and Research, weighed in on the survey, saying, “While the results are largely aligned with previous surveys, we are pleased to see continued public support for improving seniors care in Canada.” Kary adds, “The results are also consistent with many of the areas that the BCCPA has advocated for previously including a Canada Health Transfer that better reflects an aging population as well as more support for continuing care and a national dementia strategy”.

The CMA annual meeting was capped by a speech by Canada’s Minister of Health Jane Philpott. In her remarks the Minister advocated for new “innovation” to address health system shortfalls.

During the meeting several related issues were discussed, such as seniors care, palliative care, and mental health.

Job Posting: Manager of Clinical Services Care Controversy: “[Change] will take political will and a lot of creativity”