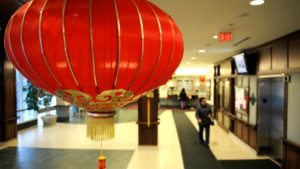 We have been following coverage on the Ontario study on the lack of adequate care for Canada’s ethnic seniors population conducted by the Wellesley Institute. A report published online by TVO features some first-hand accounts of the article’s author Sarah Dziedzic, who has been addressing the challenges of getting care for an aging parent. She looks into the report’s findings in detail.

While many of these [ethnically-oriented care homes] maintain that their centres were established to address a growing senior population of a particular ethnicity, their proliferation coincides with a time that some policy experts classify as long-term care aversion, where “issues of geriatric concern were overshadowed by the ambitions of political actors committed to a national health system centred on hospital and curative medicine,” from approximately 1945 to 1970, writes Canadian studies scholar Amy Twomey. The next 10 years, she continues, were characterized by vacillating government involvement.

She goes on to describe the challenges:

Seniors whose lives before they entered care were rooted in culturally specific backgrounds can face culture shock and a multitude of barriers and inequity when it comes to quality long-term care.  A 2015 study from the University of Texas Health Science Centre found residents in mainstream homes experienced a particularly difficult transition to long-term care, with issues such as inefficient communication, discrimination, isolation, misdiagnosis and misleading assessment due to language barriers, nutrition problems and an overall decrease in quality of life.

When placed in a home suited to their ethnic or cultural needs, on the other hand, the study found that minority elders experienced reduced stress and eased transition; higher resident morale, self-esteem and satisfaction; and greater physical and psycho-social well-being.

To read the full report, visit the TVO website here.