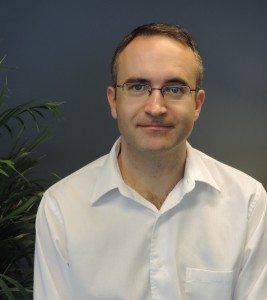 With an upcoming federal election, Michael Kary, Director of Policy and Research, highlights the need for the federal government to work with provinces and territories in improving seniors care in Canada. This includes  working collaboratively to better address senior’s health issues as well as fostering innovation and sustainability within the continuing care sector. The BCCPA looks forward to addressing issues around the role of the federal government in improving seniors care, including fostering innovation in continuing care, at its opening plenary during the 2015 Annual Conference in Whistler, BC.

With the upcoming federal election, the issue of health care will likely gain increased attention as it is generally one of the top public concerns. Aside from a few areas such as the implementation of patient wait time guarantees, the current federal government has largely taken a hands off approach arguing that provinces and territories are primarily responsible for the delivery of health care.

Although health, as outlined in section 92 of the Constitution Act, is largely a provincial responsibility, the federal government does still have a role in particular areas including funding, public health, research and fostering best practices as well as innovation. The federal government also has responsibility for specific populations including Aboriginal peoples living on reserves.

With the federal government leaving health largely to the provinces, the Premiers have responded by collaborating on their own. This was seen in January 2012 with the creation of the Health Care Innovation Working Group (HCIWG) led by the Premiers of Saskatchewan and PEI.  Since being established, the HCIWG has focused on a number of health areas including human resources, clinical practice guidelines and pharmaceuticals. Currently the main areas of focus for the group is pharmaceuticals, appropriateness of care and seniors care.  With respect to seniors care, areas of focus have been in dementia as well as aging in place. 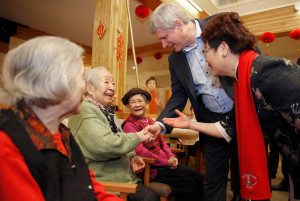 Although, the federal government has taken a largely hands off approach to health, including seniors care, we see it attempting to become more involved by highlighting its role in innovation including most recently the creation of an Advisory Panel on Healthcare Innovation. This Panel, which is chaired by the former President of the University of Toronto, Dr. David Naylor, will develop a report for later in 2015 that will identify the five most promising areas of innovation in Canada and internationally that have the potential to sustainably reduce growth in health spending while leading to improvements in the quality and accessibility of care. The panel will also recommend five ways the federal government could support innovation in the areas identified.

Various organizations across Canada have advocated that the federal government be more involved in senior’s care including the Canadian Medical Association (CMA) which has been advocating for a National Seniors Strategy. In a 2013 CMA survey it found that 93% of Canadians believe Canada needs a national strategy for seniors’ health care at home, hospitals, hospices and long-term facilities and that 78% believe federal government has an important role in developing such a strategy. [1]

In addition to a strategy and more specifically with respect to the continuing care sector, the CMA has also advocated that the federal government allocate $2.3 billion over a five-year period as part of a long-term infrastructure plan for the construction, renovation and retrofitting of long-term care facilities.[2]

At the 2015 BC Care Providers Association (BCCPA) Annual Conference we will be hosting a key note panel on sustainability and innovation that will include a number of experts including Robert Ghiz, former Premier of PEI and co-lead of the first Health Care Innovation Working Group as well as Dr. Samir Sinha, Director of geriatrics at Mount Sinai and UHN hospitals and Dr. Sacha Bhatia, Director of the Institute for Health System Solutions and Virtual Care at Women’s College Hospital.

As part of the panel, participants will be discussing various issues relating to the aging demographics and its effects on the health system, as well as ways to better improve sustainability through innovation in the continuing care sector. The plenary will also explore initiatives such as the Premier’s HCIWG, Surrey’s Innovation Boulevard and Choosing Wisely Canada, a campaign to reduce unnecessary tests, treatments and procedures in the health system. Along with reviewing the effectiveness of different provincial senior strategies, the panelists will also be discussing innovative ways to better care for seniors with dementia as well as looking into related issues of human resources and caregiving.

With the upcoming BCCPA Conference as well as the release of the report by the Advisory Panel on Healthcare Innovation and the CMA’s recommendations for a National Senior’s Strategy prior to the federal election, the BCCPA hopes that the federal political parties will make the issue of senior’s care a priority. This includes outlining specific proposals that will foster innovation and sustainability as well as better address the challenges facing the continuing care sector and the aging population.

[2]  As outlined in the CMA paper, long-term care facilities include long-term care residential homes, assisted living units and other types of innovative residential models that ensure residents are in the care setting most appropriate to their needs. CMA Submission: The Need for Health Infrastructure in Canada. March 18, 2013. http://www.cma.ca/multimedia/CMA/Content_Images/Inside_cma/Submissions/2013/Health-Infrastructure_en.pdf