The BC Care Providers Association (BCCPA) expresses its disappointment with the defeat of Bill C-356 earlier this week in the House of Commons, which would have seen the establishment of a national dementia strategy. “We are very disappointed by the federal government choosing not to endorse such a strategy,” said Daniel Fontaine, CEO of BCCPA. 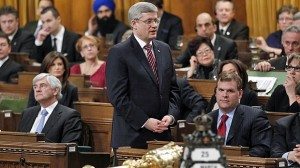 On May 6, 2015, a private members bill (Bill C-356) to establish a national dementia strategy in Canada was defeated by a single vote (140 to 139) in the House of Commons.  If it had passed, the legislation would have mandated the federal Health Minister to start discussions with the provinces within 30 days to craft a national plan to address all aspects of Alzheimer’s disease and related dementias.  It would also have required the Health Minister establish an advisory board of up to 20 members from federal, provincial, and territorial departments, along with representatives from the medical field and the Alzheimer Society of Canada.

The bill was originally introduced by NDP MP Claude Gravelle, whose mother lived with Alzheimer’s disease. Mr. Gravelle was also part of a key panel on the subject at the 2014 BCCPA Annual Conference entitled “National Dementia Strategy: What are we waiting for?”, which included Dr. Diane Finegood from the Michael Smith Foundation for Health Research, Mimi  Lowi-Young, from the Alzheimer’s Society of Canada and Dr. Chris Simpson from the Canadian Medical Association (CMA).

Following the defeat of Bill C-356, Dr. Simpson President of the CMA also expressed his disappointment noting that this represents a lost opportunity to make lasting progress in the serious and growing problem of dementia in Canada – one of the few industrialized countries without such a strategy.[1]

According to the Alzheimer Society of Canada, 747,000 Canadians have been diagnosed with dementia, and that number will increase to 1.4 million by 2031. In recognition of the growing problem, in October 2014 at a meeting of Federal-Provincial-Territorial Health Ministers, the federal Health Minister, Rona Ambrose, had agreed to work together to develop a national strategy to fight dementia.[2]

[quote name=”Daniel Fontaine, CEO BCCPA” pull=”right”]It is very disappointing to see that despite committing to work on such a strategy with her provincial counterparts in October of last year, the federal Minister seems to be backing away.[/quote]

Despite agreeing to develop a strategy, the BCCPA is very disappointed that the federal Health Minister voted against the development of a National Dementia strategy. “It is very disappointing to see that despite committing to work on such a strategy with her provincial counterparts in October of last year, the federal Minister seems to be backing away. We hope she will reconsider her position on this important issue,” said Fontaine.

Along with having its key plenary on the subject at its 2014 Annual Conference, the BCCPA has also advocated for the development of a national strategy as outlined in a Vancouver Sun article it wrote last year. As noted in this article, the epidemic of dementia is particularly critical in the continuing care sector as a 2012 report from the Canadian Institute for Health Information notes that about two-thirds (61.5 per cent) of residential care residents are living with dementia. It also advocates that such a strategy build on existing provincial strategies to:

In a recent public survey conducted by the BCCPA it showed that 91 per cent of British Columbians support the development of a national dementia strategy. This was even higher than a 2013 Nanos survey, which indicated that 83 per cent believe Canada needs a national dementia plan. Based on the high level of public support and the critical need for such a strategy, the BCCPA hopes the federal government will reconsider its position. “The BCCPA will continue to advocate for such a strategy including during the upcoming federal election,” said Fontaine.