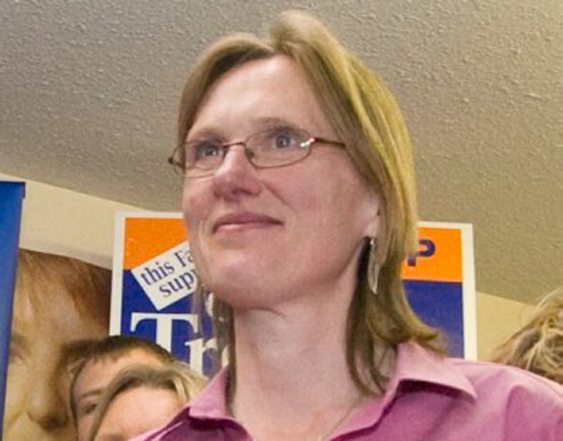 NDP North Island MLA Claire Trevena presented a petition of 5,783 signatures from residents, their family members, and 380 health-care workers at two seniors homes on Vancouver Island who are set to be laid off in April. The petition calls on Health Minister Terry Lake to end mass layoffs and the contracting out of heath-care worker’s jobs in Campbell River and Duncan, specifically citing layoffs at a 94-bed complex care facility called New Horizons. Minister Lake has responded to the concerns with the assurance that this is merely a transition process and most, if not all, employees being laid off will be rehired. Read the full story below, or visit the Times Colonist website.

The B.C. NDP called on Health Minister Terry Lake this week to stop mass layoffs and contracting out of health-care workers’ jobs in Campbell River and Duncan.

NDP North Island MLA Claire Trevena presented a petition with 5,783 signatures on behalf of the affected residents, their families, and the 380 health-care workers on Vancouver Island being laid off from two seniors homes.

The union representing the workers says the new owners are poised to contract out the work at lower wages.

The company is in the process of purchasing Sunridge Place in Duncan. The 264 employees — mostly care aides earning $18.50 to $19 an hour — have been given layoff notices effective in early June, according to the HEU.

The union expects those jobs will also be contracted out.

“Given what’s happened in Campbell River, we’re very anxious about what Park Place’s plans are for Duncan,” said HEU spokesman Mike Old, “because in pretty well every facility this company operates in B.C. they’ve contracted out all, if not most, of the work.”

Ian West, a senior vice-president of operations for Park Place, said the family-owned company, operating in B.C. and Alberta, will meet with the HEU on March 11 to discuss options. The HEU contract there expired at the end of 2013, he said.

As for Campbell River, “most employees will be rehired once the new employer has been identified and an on-site job fair has been held.”

Vacancies resulting from staff that do not reapply will be advertised locally. He did not answer a question about whether those employees would be rehired at a lower wage.

Trevena asked Lake to intervene and stop the proposed contracting out.

The North Island MLA’s petition came on the heels of comments by NDP Leader Adrian Dix, who criticized the layoffs in question period this week.[quote name=”Health Minister Terry Lake” pull=”right”]Most, if not all, of the employees will be rehired, and it is the obligation of Island Health and with the [Ministry of Health] to ensure that those residents in care have high-quality care and that they are not affected by this transition.[/quote]

“Three-hundred and eighty health-care workers on Vancouver Island are about to lose their jobs due to private health employers flipping contracts in publicly funded facilities,” Dix told the legislature.

According to transcripts, Lake said Island Health has a contractual agreement with the operator of New Horizons in Campbell River to ensure “operational changes” are done right. “Island Health, along with the ministry, will ensure that that is in fact the case,” he said.

“Operational changes?” Dix responded. “The care aides who provide care directly to residents are being laid off.”

The NDP leader asked how mass layoffs could be acceptable or ensure continuity of care.

Lake said it’s his understanding that “most, if not all, of the employees will be rehired, and it is the obligation of Island Health and with the [Ministry of Health] to ensure that those residents in care have high-quality care and that they are not affected by this transition.”

“We will be ensuring that will in fact be the case,” Lake said.