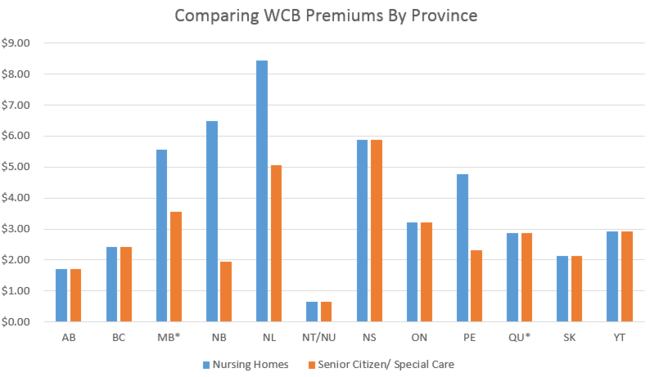 When Darryl Kutchinski, CEO of the Continuing Care Safety Association (CCSA) based in Edmonton, AB, took over the reins in 2008 as executive director, the association had a grand total of three staff and one certificate program. Today, the CCSA has almost 20 staff and boasts 12 safety programs that have resulted in a dramatic downturn of overall injuries in workplaces they’ve trained.

“At participating sites, it’s been quite dramatic — over a 50 per cent reduction in claims. Incidents have gone way, way down,” says Kutchinski, who was formerly a director for Western Canada Sun Life Financial before joining the CCSA. He added Workers’ Compensation Board premiums have decreased by 34 per cent since 2007.

The training targets a wide-range of employee groups that include care aides to kitchen staff to maintenance workers. Kutchinski says the association’s belief is that more attention needs to be paid to safety, and this is a concept that facility operators are recognizing.

“The cost of injuries impact their operational budget and ability to improve ongoing care,” he says. 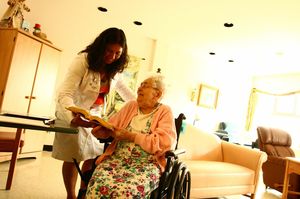 To put it in perspective, in 2006 the CCSA received1621 claims. In 2010, that number was reduced to1137, and so far for 2013 Kutchinski says everything points to a continuing downward trend. However, he says there are lots of factors that from a safety association perspective are not preventable and can affect the numbers, such as disease outbreaks. In 2011 the number of claims went up slightly when several staff were exposed to a contagion and automatically taken off of work.

Sicknesses notwithstanding, the main focus of the CCSA is to help employees work safer and more efficiently. Their most popular course is the Injury Prevention Program (IRP), where the association makes on-site visits to teach things such as safe lifting techniques for care aides, provide resource lists, and make recommendations on addressing deficiencies from an equipment standpoint.

“Certainly the number one type of injury we get is overexertion. Strains and sprains, care aides have the greatest exposure to that type of injury,” says Kutchinski.

Besides the IRP, the association also offers more specific training. They range from a musculoskeletal injury prevention program, to assistance in setting up workshops such as workplace inspection and workplace hazardous materials information system workshops, and even offer what they refer to as training the trainer courses designed to prepare instructors.

Kutchinski says labour has been involved in the process of developing these programs, although members do not necessarily have to be associated with a labour group to serve on the board of directors. Currently the CCSA has representatives from QualCare and the Bethany Care Society.

Renewal Underway for BC Care Providers Association Report: How Do Provinces Compare in Elder Care Costs?