The month of December kicks off the traditional festive season leading up to Christmas Day and New Year’s Eve. It can be a time to celebrate, but for socially isolated seniors in communities across British Columbia it can lead to feelings of sadness and being alone. BC Care Providers Association (BCCPA) and EngAge BC are inviting everyone to participate in giving “the Gift of Time” and seniors who are either living alone, or in a care home.

While the Gift of Time campaign has been promoted for several years by the Association, it has increased significance during the pandemic. Many older adults (and even those who care for them) are even more vulnerable as Public Health orders and other measures limit movement and the ability to be together. This can be extremely harmful, especially after the events of the past 2 years.

In the U.K., the government even appointed a “Minister of Loneliness” due to the health impacts of social isolation.

BCCPA is re-launching its annual #GiftOfTime campaign across the province to raise public awareness, and urges community members everywhere to take a moment to give the gift of time during the winter holidays. Over the coming weeks look for sharable Gift of Time promotional images on our social media channels.

Informational Video: Give the Gift of Time 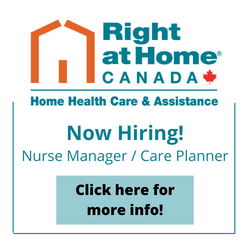