Burnaby, BC (December 9, 2021): BC Care Providers Association and its operating arm EngAge BC are pleased to announce a Board of Directors update. Effective December 8, 2021, Hendrik Van Ryk has been appointed as board president. Aly Devji moved into the role as past president, and Karen Biggs is now vice president.

Three new board members were added to the board — Erin Beaudoin, Angela Grottoli and Ann Marie Leijen. All appointments were approved unanimously by the voting members present at the Annual General Meeting in downtown Vancouver.

During the meeting members were presented to an update from outgoing board president Aly Devji and CEO Terry Lake. Devji has served in an extended 3-year term in part to help the association in its pandemic response. He was thanked by Lake and Van Ryk, and awarded with a custom plaque featuring an image of him walking the hall of the BC Legislature in between meetings to advocate for the sector.

The membership were also presented with an update on the association’s financial statements, and voted on 5 policy motions including:

Replacing these openings are three other fine leaders from our sector named above. In order for our readers are better able to know our new chair and directors, we are providing their bios below. 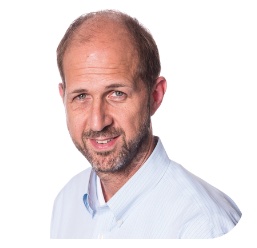 In addition to serving as Chief Operations Officer for H&H Total Care, Hendrik has played very active roles on boards and committees, including: BC Care Providers Association, the Surrey Hospice Society, a task group developing Assisted Living standards and practice guidelines, the Residential Care Leadership Council in Fraser Health Authority and as an advisory board member to the Assisted Living Centre of Excellence (ALCE).

Hendrik’s experience also includes providing operational and executive involvement and support for expansion to current sites and the development and opening of several new sites over his 25 years with the company. The size of developments ranged in size from 4 million to over 30 million dollars in size throughout BC and Alberta.

Erin is the Executive Director, and Chief Motivator at Eden Gardens located in Nanaimo, BC.  Eden Gardens is a private, non-profit Long-term care home who is an affiliate of Island Health, serving 130 people living with dementia.

From her first day working in Long Term Care, her reputation as an innovator and thought leader has only grown. Erin is a strong advocate for the supports and resources required to help create abundant lives for our seniors and can often be heard speaking in group and public settings for change.  She has a strong focus on supporting the staff, understanding that they make the real difference and by supporting them, the care givers are empowered to do what they do best – love and care for our seniors.

Participating in many initiatives, from presenting at the 2019 BCCPA conference to interviews on CBC’s The National, The Tyee, panel discussions with the Alzheimer’s Society and Family Caregivers of BC, Erin continues to dive into senior’s care issues and solutions locally, provincially and across Canada.  Erin is the recent recipient of the Nanaimo Chamber of Commerce Leadership Award 2021.

Erin is steadfast in her belief that with the right supports, and through partnering with experts in the industry, she can help to redefine the expectations of what is possible in Long Term Care Homes.

Angela has worked with Chartwell Retirement Residences for over 12 years in various roles in operations and is currently in the role as Vice-President, Real Estate Operations where she works with development and acquisition homes in both independent living and long term care.

She has worked in the seniors living industry for over 20 years in long term care, assisted living and independent care.  Angela holds a as well as a degree in Public Administration, long term care administrator certificate from CHA and is working towards her Chartered Business Valuation designation.  Angela is currently on the Board of Directors of the Ontario Long Term Care Association and has sat on the Board of the Ontario Retirement Communities Association.

Angela and her family recently relocated to British Columbia with her family and is enjoying life in the beautiful west coast.

Prior to this Ann Marie was the CEO of Cheam Village and Glenwood Care Centre.  She has 30 years of leadership and operational experience delivering community-based health care programs for older people from independent living through to complex, long-term care.  In addition, Ann Marie has been actively involved in organizational strategy and planning; finance; property development and facility construction.

Ann Marie is passionate about caring for people with dementia; quality improvement; and ensuring a high quality of life in Long Term Care.  From 2016 to 2018 Ann Marie served on the on the BCCPA Board of Directors where she actively participated in the Quality Improvement Committee.