There was no lack of tough questions and bold ideas at BC Care Providers Association’s latest Care to Chat.

Last Friday, before a a sold-out audience of 120 care sector stakeholders and members of the public, panelists addressed issues regarding the current state of continuing care in B.C. and Canada, how it is portrayed, and discussed ways to manage the sector’s reputation.

Before the panel discussion, Canseco presented findings from a newly released poll conducted by Research Co. for BCCPA which show the perception of care homes among the public is 51% positive, 26% negative and 23% undecided. When respondents had personal experience with a care home, positive opinion increased to 65%, with 25% having a negative view, and 10% undecided.

Of those one-quarter of overall respondents who had recently seen a media report on seniors care homes, 65% say the last report they saw was negative and only 22% say the report was positive.

Is seniors care a “risky business”? Video debuted at Care to Chat

Canseco kicked off the panel discussion with a key question — what kind of positive stories in seniors care can reporters pursue? Lois Cormack said research and innovation in the sector, programs that are dramatically improving quality of life, and untapped career opportunities are some areas that could be better highlighted in the media.

Next, the panel addressed the media’s role in how the sector is portrayed.

Sonia Deol, who has 17 years of broadcast experience as an anchor on both radio and television, said it’s unfair to say the media reports “sensational” stories. Pursuing “compelling” stories, on the other hand, is part of the job. It’s the first and foremost criterion for deciding whether a story is worth pursuing. Journalists have a responsibility to relay important information to the public — both positive and negative — in a fair and accurate way. Deol also added that it can be challenging for media to report positive, human interest stories if they don’t have adequate access to seniors and staff in care homes. She encouraged more openness.

So, how should care providers deal with negative press?

Wendy Gilmour said it can be challenging for care providers to share their side of the story when a negative news report is published. In these times, when misinformation runs rampant, a “no comment” approach seems to be a safer strategy.

Deol said evading questions is counterintuitive. If care providers feel a story is inaccurate or misleading, they should respond as their input adds another element and much-needed balance to a story. Not responding sends a strong message to the public and forces you to surrender control of the narrative.

Later, panelists fielded questions from the audience, and provided closing remarks, where they were in agreement that while homes are getting dramatically better at providing care, it falls upon both media and care providers to work collaboratively to make that known to the public.

Several audience members commented that they found the conversation to be timely and rewarding.

View our Flickr album for photos from the event. 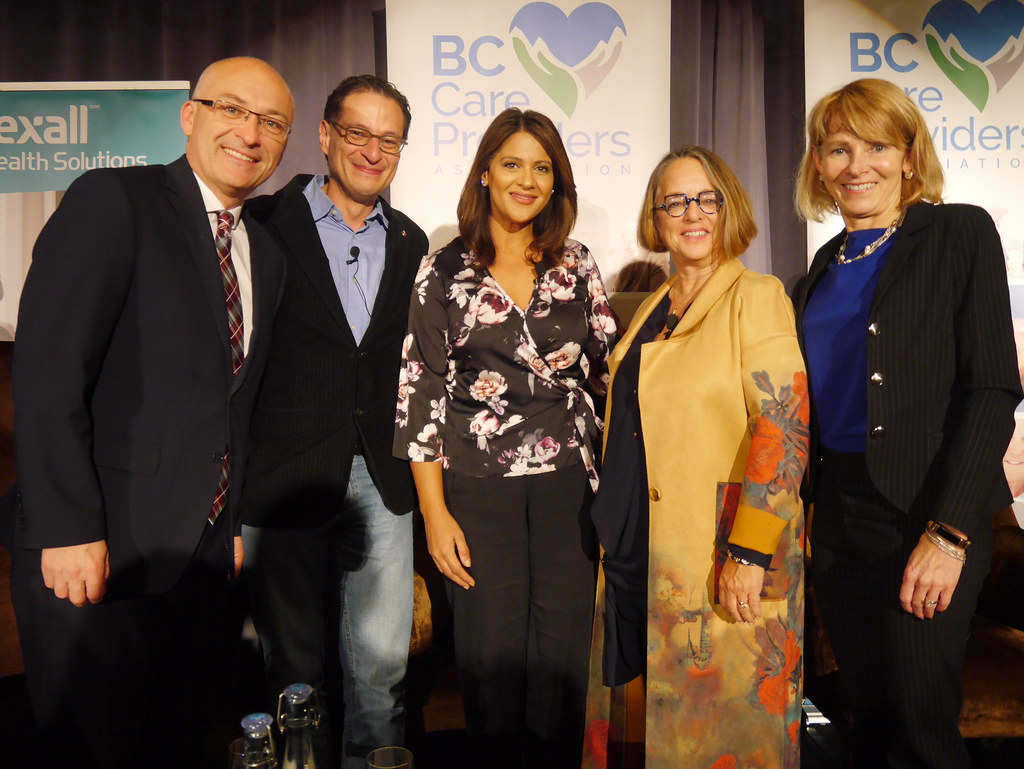