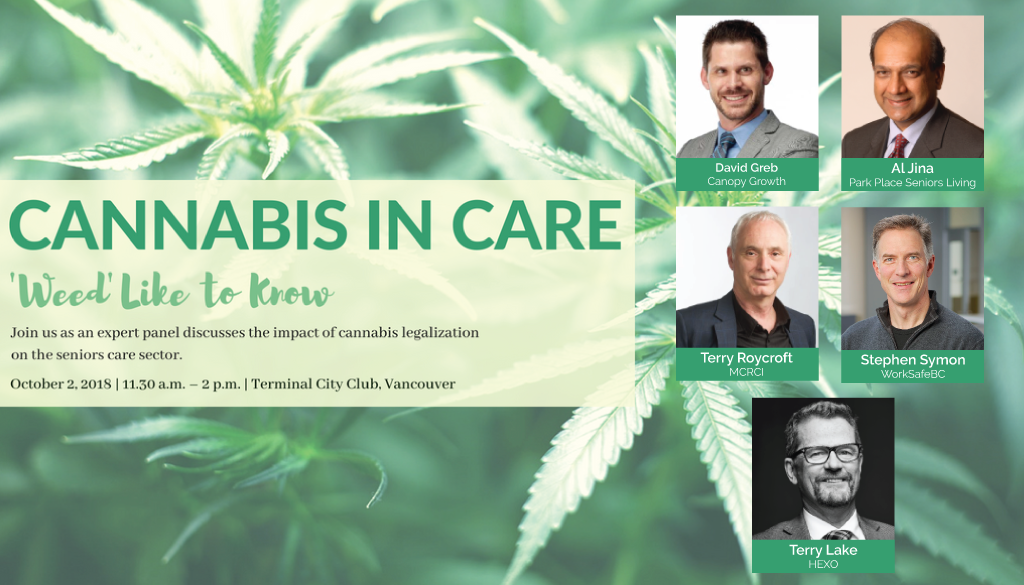 By Michael Kary and Ravin Johl

As part of the 2015 federal election campaign platform, the Trudeau Liberals pledged to make marijuana and cannabis legal in Canada after the previous Conservative government only permitted its use for medical purposes.  On October 17th, the pledge to legalize marijuana will become a reality as Bill C-45, the Cannabis Act comes into law. With the passage of Bill C-45, Canada becomes the first G-7 country to legalize cannabis for adult, non-medical use.[i] The change in legislation also occurs as public support for legalization has increased and other jurisdictions such as the Netherlands as well as some American states have followed suit. As of May 2016, up to four U.S. states had legalized marijuana for recreational use while almost half already allowed the use of cannabis for medical purposes.[ii]

Marijuana consumption has skyrocketed over the last several years and is forecasted to grow with the pending legalization. In 2015, about five million Canadians had consumed marijuana. According to Statistics Canada, while cannabis use amongst Canadian youth has remained stable or has declined, use among older adults, particularly seniors, has increased.[iii] A similar trend has occurred in the U.S. where the use of cannabis among those 65 or older increased more than tenfold between 2002 and 2014 (from 0.2% to 2.1%).[iv]

As acceptance of cannabis use increases and is soon to be legalized, it is important to consider the implications for the fastest growing segment of the population, namely seniors. This growth in the use of cannabis products will be the focus of our upcoming Care to Chat event hosted by BC Care Providers Association (BCCPA) on October 2nd in Vancouver at the Terminal City Club.

The discussion at Care to Chat will address some of the common misconceptions around cannabis.

The terms marijuana and cannabis can be used interchangeably, although marijuana is often used to refer to the substance when it is consumed for its psychoactive or medicinal properties.

Cannabidiol (CBD) and tetrahydrocannabinol (THC) are the two main compounds found in plants of the Cannabis genus. THC is a psychoactive compound in cannabis which gives users the “high” feeling. CBD, on the other hand, has no psychoactive effects and is sold in products like oils, gummies, supplements, etc. Seniors are often prescribed CBD products which allows them to reap the health benefits of cannabis without experiencing its psychoactive effects.

Not everyone takes cannabis for recreational purposes, as some also need it to help with their chronic pain or to help reduce their anxiety – this is especially the case among the frail elderly. The legalization of marijuana is supported by a growing body of evidence that cannabis may, at least anecdotally, have health benefits including reducing the symptoms and treatment of pain, epilepsy, nausea as well as other health conditions – many of which are prevalent among the seniors population.

Cannabis advocates also note that not only is it safe to consume, but that it can treat other age-related conditions like cancer or glaucoma.[v] Other studies, however, point out that cannabis use among seniors is correlated to the development of testicular and bladder cancers, mental health conditions, decreased bone density, and alterations to the brain.[vi]

Along with health implications for seniors, there are other potential challenges from the legalization of cannabis. In particular, legalization may create new challenges for employers, such as exposing workplaces or care environments to new safety, legal, culture or other risks.

Likewise, there are also a lot of unanswered questions such as what the impact will be on the seniors or more broadly the continuing care sector including care home operators and other employers of care providers. Other questions include: how will this new legislation affect the way we provide care to the elderly, and how we can better prepare for what might occur?

The increased use of cannabis may also have an effect on pharmaceutical use by seniors including potentially reducing some prescriptions like opioids. According to the International Journal of Drug Policy, for example, cannabis use may effect treatment for pain and mental health with many self-reporting they use it as an alternative to prescription medications.[vii]

Alternatively, cannabis may also interact, sometimes dangerously so, with several medications that are commonly prescribed to older adults.[viii] This is of significant concern as seniors in continuing care often take many different medications.

Another potential concern is overuse. In particular, as it becomes more widespread among older adults, cannabis misuse, abuse, or dependence would also be expected to rise. As such, how can we better prepare or potentially deal with cannabis misuse among seniors or even care workers?

Along with the need to do further research on the potential health implications for seniors – including drug interactions and misuse – employers also face challenges regarding how cannabis legalization will affect care aides, nurses, and home health care workers serving on the front lines. A 2018 article identified some of these issues including highlighting the importance of policies that companies or employers need to have in place after marijuana is legalized in order create safe work places.

Health Canada reports that marijuana impairment can last over 24 hours, which not only makes it an issue for employers but can create concerns for client safety.[ix]

Although cannabis use and impairment in the workplace is not a new concern, legalization has employers and stakeholders feeling anxious. Organizations such as WorkSafeBC, for example, are already starting to prepare employers and workers with new resources by educating them about the hazards of being impaired on the job.[x]

Along with worker safety challenges there are potential additional costs to providers as a result of legalization of cannabis. Though, overall, there are expected to be significant economic benefits largely through increased tax revenues.[xi]

While this Care to Chat discussion will outline the pros and cons regarding the legalization of cannabis, it will also highlight ways in which employers and care providers can better protect themselves from unforeseen challenges including safety, legal, cultural or other risks. Panelists may also look at the promises and pitfalls faced by other countries and U.S. states that have already legalized marijuana.

Our expert panel will be moderated by former B.C. Health Minister Terry Lake. Mr. Lake now works for a medical marijuana producer,[xii] and he will bring his perspective as a former elected official on the pending legalization of cannabis this October. The panel, which will discuss how the legislative changes may impact seniors and more broadly the continuing care sector, brings together of prominent experts such as marijuana or cannabis advocates, pharmaceutical representatives, care providers, academic or law professionals as well as workplace safety personnel. See our recent announcement of the panel here.

With the pending legislation, BCCPA expects this will be an compelling and very timely topic for the seniors care sector. ‘Weed’ hope you can join us on October 2nd.

[iv] Newman, David G., Cannabis and its Effects on Pilot Performance and Flight Safety: A Review. March 2004.  Australian Transport Safety Bureau.  Australian Government.  Accessed at: https://www.atsb.gov.au/media/36696/Cannabis_pilot_performance.pdf. To feel the effects of being high, one would need to consume 2 to 3 mg of THC.

[v] Ehrenfield, T.  September 6, 2017.  Why is marijuana use among seniors on the rise?   Accessed at: https://www.healthline.com/health-news/why-are-more-seniors-using-marijuana#2

[xi] Harris, K.  Marijuana use down among minors, up among older Canadians, StatsCan study finds.  CBC News.  December 18, 2017.  Accessed at: https://www.cbc.ca/news/politics/marijuana-cannabis-minors-1.4454477. As noted in the CBC article the estimates of buying cannabis are between $7 and $9 a gram with the entire consumption use in 2015 totaling $5 billion to $7 billion.