July 5, 2017 (Burnaby, BC) – The circumstances that led to a notice of termination for residents in publicly-funded Vancouver assisted living apartment building was an isolated event and the result of a breakdown in process, communication and issues related to funding, according to a report from the Assisted Living Tenancy Task Force (“the Task Force”) released today by the BC Care Providers Association (“BCCPA”).

The Task Force was struck last March in the wake of a notice of termination of a contract between the Pacific Reach Seniors Housing Management (Terraces at Seventh) residences and Vancouver Coastal Health. The Task Force report makes two top-line recommendations to reduce the likelihood of a reoccurrence, one of which – a minimum twelve-month notice period – has already been implemented by the health authority.

“I am pleased to learn that the Task Force review concludes this was an isolated incident,” says BCCPA CEO Daniel Fontaine. “The change by the health authority to align the notice period to make it consistent with publicly funded residential care, and a commitment to develop standardized communication and transition plans, will go a long way to minimize any impact on residents and their families into the future.”

Chaired by Tom Crump, the three-member Task Force (which was supported by two health authority representatives acting in an advisory capacity) was also asked to engage the sector to determine the impact of Assisted Living Amendment Act (“Bill 16”) regulatory changes on assisted living operators. Their conclusion is that there is a widespread lack of understanding in the sector as to the scope of required services and potential cost ramifications of implementing Bill 16.

The Task Force also reports that increasing land values combined with proposed regulatory changes linked to Bill 16 may result in some private operators choosing to remove themselves from the business of providing publicly funded assisted living. These findings stem from a province-wide survey conducted in April 2017 of assisted living operators in British Columbia.

“We will be working with the new Minister of Health, the health authorities and assisted living operators in preparation for the impacts of Bill 16,” responds Fontaine. “We need solutions that support assisted living operators who are facing an ever increasing list of challenges. This includes rising land values, stiffer regulatory requirements, higher levels of acuity and increased prevalence of dementia among residents as well as being able to guarantee adequate funding to cover identified inflationary costs.”

“Through this process we also determined a need to increase our own internal capacity to support the diverse and complex requirements of our assisted living members,” adds Fontaine. “That’s why we recently announced the hiring of a new full-time staff specialist who starts with the BCCPA later this month and focus solely on issues and policies related to assisted living and home care.”

“I want to personally thank Tom Crump, Ron Pike and Ann-Marie Leijan for their excellent work on the Task Force,” says Fontaine. “I’m also grateful to the management team at Pacific Reach Seniors Housing Management as well as the seniors and their families who participated and contributed to the review. We also owe debt of gratitude to the Vancouver Coastal Health Authority and Fraser Health Authority for being so willing to support the efforts of the Task Force.” 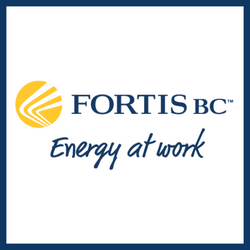