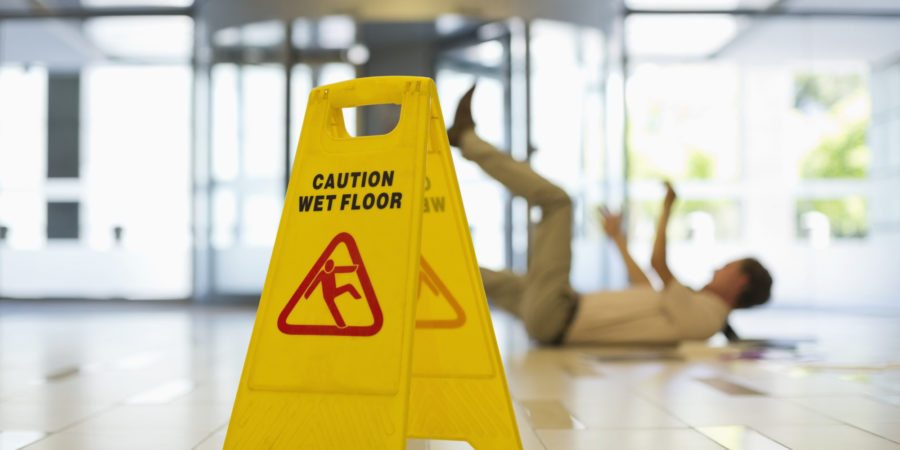 As part of its annual Be Care Aware campaign, SafeCare BC released new injury report data for BC’s Long Term Care sector. Compiled by WorkSafeBC, the statistics capture the size of the sector by payroll, 2015 injury rates and total claim costs.

BC Care Providers played an integral part in the establishment of SafeCare BC, which began in 2013 by long-term care employers and WorkSafe BC as a strategic collaboration with unions and other key stakeholders to reduce injury rates in the sector by providing ongoing training opportunities for workers, promoting best practices and initiating education and awareness initiatives.  WorkSafe BC has identified the long-term care sector as ‘high-risk’ with injury rates traditionally over four times the provincial average. 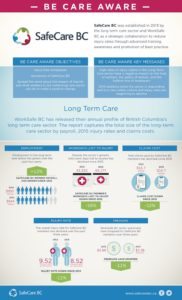 “While these new statistics represents some positive developments, injury rates remain too high and much more work needs to be done, particularly related to return-to-work rates and preventing acts of violence which now account for 15.3% of all accident types,” said SafeCare BC Executive Director David Hurford.

“In collaboration with our key partners, SafeCare BC will continue to develop and deliver a full suite of training, education and awareness programs that respond to the real needs of care aides, managers, nurses and other staff,” concluded Hurford. “This work will continue to reflect feedback received from employers and front line staff and be expanded in 2017 to include the growing home support sector.”

For a summary of other facts about long term care injury rates, click here.