All levels of government need to cooperate, be flexible: Minister Duclos 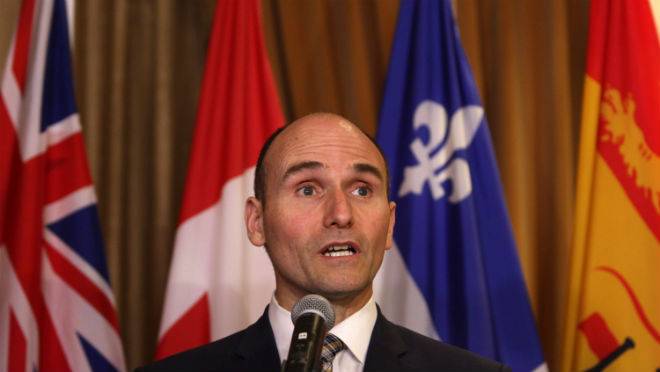 On Tuesday this week Ministers responsible for Canada’s seniors issued a statement saying flexibility and co-operation are needed to help meet the challenges brought on by an aging population. The federal, provincial and territorial politicians met in Vancouver, where they discussed issues facing seniors such as caregivers, affordable housing and health care.

During the meeting, Ministers emphasized the importance of continuing to work together to support the well-being of seniors. This meeting was the first opportunity for provincial and territorial Ministers responsible for seniors to meet with Minister Duclos to begin working together on areas of common interest, while respecting jurisdictional roles and responsibilities.

British Columbia’s Health Minister Terry Lake said a large part of the meetings focused on how to support older employees if they decide to continue working past the age of 65. The federal Liberal Party promised in this year’s budget to restore the eligible age for old age security to 65 after the previous Conservative government bumped the limit to 67. But keeping some seniors in the workforce past 65 is key, Lake said.

“BCCPA members will appreciate this open dialogue happening between the Ministers in charge of seniors issues,” commented Daniel Fontaine, CEO of BC Care Providers Association. “For positive change to happen you need the people at the top in the room choosing to agree on what is needed.”

The ministers also spoke about how to promote the social inclusion of seniors, and how to prepare and support those who care for them. Providing older Canadians with the support they need will require co-operation between all levels of government, said federal Families Minister Jean-Yves Duclos.

For the Minister’s Communique on the meeting click here.