The Globe and Mail: Ageism is getting old. Let’s end it 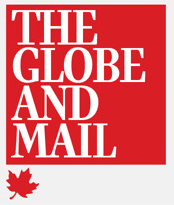 The following article was published in The Globe and Mail on June 6 and was written by Hazel McCallion, former long-time mayor of Mississauga, Ont., chief elder officer at Revera Inc. and chancellor of Sheridan College in Oakville, Ont.

Canadians need to confront the reality that, every day, its older citizens deal with the most widely tolerated form of social prejudice in the country: ageism.

Society has created stereotypes and sustained prejudices about older people – making assumptions about what senior citizens want and need, assuming that they can’t think for themselves, or even feeling that they aren’t valued. According to a new report released by senior-living company Revera and the Sheridan Centre for Elder Research – Revera Report on Ageism: Independence and Choice As We Age – one in four Canadians admit treating someone differently because of their age.

For a country such as Canada that is proud of its diversity, is known around the world for its kind, empathetic spirit, and is also facing a rapidly aging population, these findings are just unacceptable.

Most reasonable people would agree that depriving someone of their basic rights to independence and choice because of gender or race is wrong. Yet when it comes to our senior citizens, many of us do just that. The report found that half of all Canadians aged 77 and older say that younger people automatically assume the older people can’t do things for themselves. And more than one-quarter of older seniors say that because of their age, younger people make choices for them without asking their preference.

Some would argue that these behaviours are well-intentioned; that people are just trying to be helpful. As a senior, I would have to say that in many cases I agree. The reality is many older people do need some assistance. But there’s a big difference between offering support and jumping in when it’s not appreciated or needed. Stripping a person of his or her independence in the name of helping actually hurts far more than it helps.

As Canada’s population ages, we grow more and more concerned about our health-care system’s ability to pay for the escalating costs of caring for older citizens. But have we stopped to consider the cost of our ageist actions? When seniors are not allowed to exercise their independence because of ageist behaviour, they become reliant on our help. The more we prevent them from taking care of themselves, the more care they need. It creates a dependent mindset, and studies out of Yale University found that holding ageist views hinders a person’s ability to recover from severe disability and shortens lifespan.

But there’s hope. Through simple actions that we can all take right now, all rooted in changing our attitudes, we can make very real changes in the lives of Canadian seniors.

For individuals, we need to change our thinking, and change our language. We have to stop assuming we know what older people want, and quite simply ask them. We need to stop referring to aging in a negative way – “I’m having a senior’s moment,” or “Can’t teach an old dog new tricks.” It’s demeaning to hear those kinds of statements. Changing ageist behaviours doesn’t cost a dime, and the positive results are obvious.

Older people also have a role to play. As a busy 95-year-old who has always lived my life to the fullest, I believe it is important to stay engaged and active as you age. This means pursuing personal interests and finding ways to contribute and interact with others, especially younger people. It means living a life of purpose.

Businesses need to wake up and see the tremendous opportunities presented by the growing population of independent-minded seniors. Investing in new innovations and services that meet seniors’ needs will give companies the win-win outcome of being both profitable and advancing the public good.

Finally, policy makers have to ensure that older Canadians – not just 65 plus, but those 75 or 85 or older – are consulted just as any other major stakeholder group when discussing public policy. Seniors’ voices matter and they must be part of the conversation, whether it is about housing, health care, safety or finance.

Above all, society must recognize that older people are valued, contributing members of our communities. They want exactly what everyone else wants: independence, respect and the choice to live their lives as they please.

We’ve made great strides in fighting racism and sexism. Now it’s time for us to agree that ageism is getting old.