The Globe and Mail – When does a bath become a necessity? 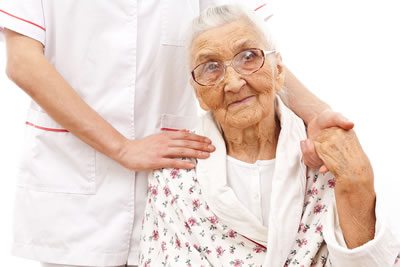 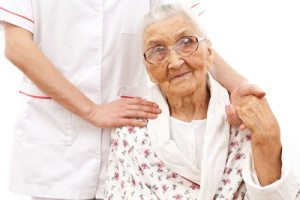 On April 22, 2015 Globe and Mail columnist, Andre Picard, released an article discussing the recent issue in Quebec about the number of times a week a nursing home patient should receive a bath. As noted in Picard’s article, the issue which has been ongoing in Quebec perfectly captures two of the principal challenges faced by Canada’s system and its aging cohort of baby boomers, namely: What exactly are patients entitled to under Medicare and should patients/clients be able to (or obliged to) pay out-of-pocket to bolster the care that the publicly funded system offers?

Picard notes that given the lack of resources and negativity perceived about the long-term care sector, residential homes are doing a decent job in providing care to an aging population. However, in order to meet the diverse preferences of seniors in care, we must look to find a balance between delivering cost effective and equitable care. If quality  is what we are looking for, than finding the appropriate mix of private and public funding is paramount, to ensure residents can have a choice in whether they want additional care that will let them live with dignity within care homes. Should patients be able to pay, in order to obtain more than just one standard bath a week? Picard exemplifies the challenges that public and private care providers will be facing as the population ages and looks to care homes as their primary care choice.

The article deals with a number of issues that may also be raised at the April 27 2015 BCCPA Care to Chat event on the myths and misconceptions of the continuing care sector. To view Andre Picard’s article, click here.

When does a bath become a necessity?

How many times a week should a nursing home patient get a bath? If one bath weekly, the standard, is deemed insufficient, should patients be able to pay for more?

That debate, which has been raging in Quebec in recent days, perfectly captures two of the principal challenges faced by Canada’s system and its aging cohort of baby boomers:

* What exactly are patients entitled to under medicare?

* Should patients/clients be able to (or obliged to) pay out-of-pocket to bolster the care that the publicly funded system offers?

Generally speaking, public health insurance plans (medicare for short) cover “medically necessary care,” and that is defined as physician and hospital services. However, all provinces and territories provide some additional public coverage of prescription drugs, home care and long-term care.

The philosophy, though never explicitly stated, is that medicare should cover the basics, and the “extras” should be paid for with supplementary private health insurance or out of pocket.

About 30 per cent of health care services in Canada are paid for privately, 70 per cent with tax dollars. The problem is that it is rarely clear where the lines are drawn and why.

Bathing is a good example: At what point does caring for the personal hygiene of a patient move from necessity to luxury? Should patients have choice in these matters, or do you have to give up your voice and succumb to the whimsy (and cost controls) of the system?

In Quebec, Health Minister Gaétan Barrette said that “black market baths” (those provided by staff of publicly funded long-term homes in their off hours) were unacceptable, but he defended the one-bath-a-week standard. He added that families unhappy with that level of care could bathe loved ones themselves or hire outside help.

Seemingly trivial issues like bathing are essential elements in the care of frail seniors. But how do we regulate these matters? And how do we offer quality care and choice, while keeping costs affordable, and maintaining equitable access to care?

There are roughly 400,000 residents of long-term care facilities, and they live in a mix of privately and publicly owned homes. Eligibility criteria and costs vary between jurisdictions: What you pay can depend on your age, income, medical condition, province of residence, and your ability to navigate Byzantine rules. National data are hard to come by, so let’s take Ontario as an example.

There are 77,101 long-stay beds. Getting a spot depends on level of frailty and availability. There were, at last count, 23,436 people waiting for a long-stay bed in the province and the median wait is an excruciating 108 days.

For eligible patients, the province pays $137 a day per resident (just over $50,000 a year) – of which $91 goes to nursing and personal care, $11 for therapy and recreational programs, and $8 for food. (It’s no wonder that the No. 1 complaint of institutionalized residents is the quality of food.) That costs the province $4-billion a year.

In addition, residents and their families are expected to pay their “room and board,” but the province sets daily maximums, ranging from $36.85 (for temporary respite) to $80.18 (private long stay). That means residents pay up to $30,000 out of pocket annually, but there are subsidies available for low-income residents. Virtually no one in Canada has long-term care insurance.

On average, patients spend about five years in institutional care, but that number is falling as people go to long-term care later and sicker. Instead, they require home care, which is also costly, and can be a great strain on family caregivers.

No one wants to live in long-term care or a nursing home – or so goes the commonly held belief. What people fear is warehousing and loss of dignity, as exemplified by the notion that they won’t even get bathed.

The reality is that, despite some highly publicized abuses, long-term care homes do not deserve the horrible reputation they are saddled with: Most do a decent job of caring for their charges, given the challenges they face and the resources they have.

But the broader problem with long-term care, as with much public policy related to seniors, is that there is no plan.

If we’re going to deliver necessary, appropriate care for the aging population of baby boomers, we have to start with a cold, hard calculus of the cost of meeting (or not meeting) those needs. If we want quality care, we’re going to have to pay for it, individually and collectively. Getting the right mix of private and public spending is key to ensure no one is left out in the cold.