Kickoff of “Care To Chat” a Great Success

The BC Care Providers Association kicked off the second season of the Care to Chat speakers series yesterday at the Terminal City Club. Over 120 individuals packed the room to hear the panel discussion titled, Creating a Culture of Safety in BC’s Continuing Care Sector: Can Anything Be Done To Reduce The Highest Injury Claim Rates in BC?

The event opened with a few words from CEO Daniel Fontaine, followed by a welcoming introduction from Platinum Sponsor Jeff Nider of Medical Pharmacies Group Limited. Jennifer Lyle, Executive Director of SafeCare BC then took the stage to provide a keynote speech and some staggering injury statistics for the sector. Lyle explained how collaboration and a more holistic approach to thinking about staff safety is the key to reducing injury rates and providing the best person centered care.

Following the keynote speech, the panel jumped right into the conversation, with Gill posing tough questions submitted electronically by the audience. Using interactive technology, attendees were afforded the opportunity to submit their questions live through their smartphone, as well as vote on all of the questions to determine which were most top-of-mind.

The audience put the panel to the test with tough questions like, “is it still more cost efficient to pay claims rather than increase staffing in long term care?” Lyle and Symon explained how when we assess injury claims we must take into consideration the 4-1 ratio, explaining how with every direct injury claim cost, their are nearly 4x more indirect costs associated with it.

Other questions included, “how can employers address the issue of staff who have two jobs, come to work exhausted and have above average workplace injury incidence?” as well as exploration into opportunities for greater collaboration on injury prevention between government, health authorities, and SafeCare BC. 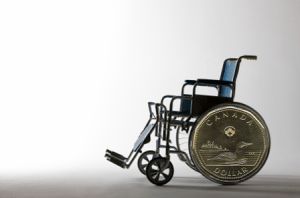 The session concluded with the announcement of the next Care to Chat discussion topic titled, Fiscally Frail: How Will We Meet The Health Needs Of An Aging Society In An Era Of Limited Budgets?

The BCCPA is pleased to partner with the Canadian College of Health Care Leaders (CCHL) to bring you this special Care to Chat event featuring panelists:

SafeCare BC Inaugurates New Board

The day closed with the SafeCare BC EGM, marking the official transition of its governance from the interim to permanent Board. Votes were cast from over 70 facilities and Al Jina, President of Park Place Seniors living was elected to the position of chair on the new SafeCare BC board. A full governance update for SafeCare BC will be posted at www.safecarebc.ca shortly. 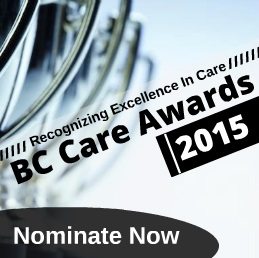 Do you know someone who goes above and beyond what is expected? An individual who truly embodies what it means to be a care provider? Recognize this individual’s hard work and devotion by nominating them for a 2015 BC Care Award. However make sure to hurry, the deadline for submission is December 1st.

Over 140 MLA’s, BCCPA Members, and stakeholders gathered for last year’s inaugural BC Care Awards in Victoria. Health Minister Terry Lake was the keynote speaker and presented the three awards to each individual recipient, Louise Johnson, Jane Devji, and Karen Mac.

Nominations are now being accepted through our easy-to-use online application system. Award recipients will be honoured February 18 at a special ceremony in Victoria, BC among members of the continuing care sector and notable dignitaries.

Categories include:
• Long-Service Excellence Award
• Innovation of the Year
• BC Care Provider of the Year