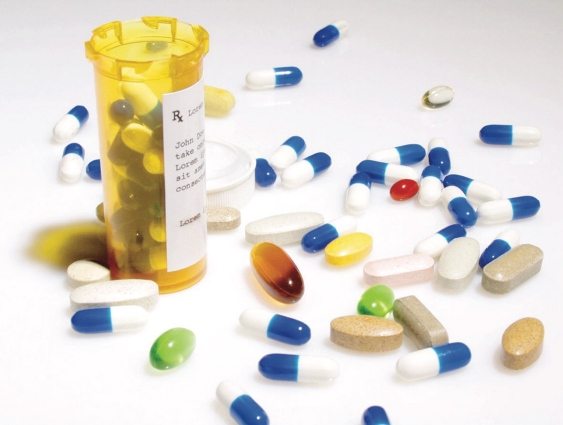 A new set of statistics shows B.C. doctors are continuing to prescribe multiple medications to seniors even though research suggests doing so can be harmful. Read the full story below. 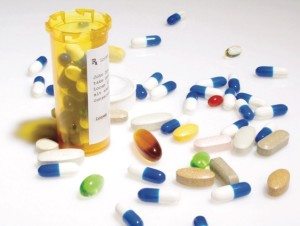 B.C. doctors are continuing to prescribe multiple medications to seniors even though research suggests doing so can be harmful, a newly released set of statistics show.

The Therapeutics Initiative, a group that provides independent assessments on the safety and effectiveness of pharmaceuticals in B.C., came to the conclusion after reviewing data from PharmaNet.

It’s the first time the Therapeutics Initiative has been able to get access to the data since April 2012. Access was suspended as part of the B.C. Health Ministry’s investigation into alleged privacy breaches in its pharmaceutical division. The information appears in a newsletter being released today.

“There’s been a barrage for the last two or three years of reminders and education that polypharmacy is not good for elders, and many of us feel we’ve adapted to this and made changes,” said Dr. Rita McCracken, associate head of the department of family practice for Providence Health in Vancouver and a residential-care family physician.

But research by the Therapeutics Initiative, based at the University of B.C., refutes that assumption, said McCracken, whose PhD thesis is on polypharmacy, or the prescribing of multiple medications to one person.

“The stark realization is we have not even begun to stem the tide of the prescribing wave. Even though sensitivity is being raised, we are still overprescribing,” McCracken said. “If you don’t have those numbers to face up to the facts about how this behaviour is actually changing it’s really easy to be complacent.”

Percentages are higher in both categories for people in long-term-care facilities.

“One out of every 25 people 85 or older is using at least 10 prescription drugs, which is sobering and should make us think about whether that’s a good idea,” said Tom Perry, principal author of the study and a clinical assistant professor in the department of medicine at UBC.

Some doctors are concerned about elderly patients on several prescriptions for multiple co-existing conditions, but there’s opposing pressure from pharmaceutical companies and guidelines developed by doctors that advise using more medications to treat conditions such as heart, lung or kidney disease, diabetes, osteoporosis and depression.

“If you add all of those guidelines together, they might lead to a recommendation to 10, 15, or even 20 different drugs,” Perry said. “As this becomes more complicated, it’s impossible for anyone to know what’s going on.

“The solution is to fall back on common sense — intelligent good medicine,” Perry said. “There is no substitute to thinking about the individual goals of each patient.”

It might not make sense, for example, for an 85-year-old with an aggressive cancer who would prefer to die in her sleep to be taking a beta blocker that may prevent sudden cardiac arrest, Perry said.

Or imagine the 90-year-old man on a drug patch for dementia that’s intended to improve cognition but has several side effects, including nausea, loss of appetite and potentially fainting, Perry said. It’s sad when grandpa loses mental acuity, but it’s not unexpected, he said.

The guiding principle, Perry said, should be that “drugs are very powerful influences on people and there’s no free lunch; anything that works always has some significant adverse effects for some people and therefore every single one requires some thought.”

McCracken and Perry suggest conversations with the patient, family and caregivers about the potential benefit and harm that come with each drug and drug combination.

McCracken said: “Older people are not just a collection of their diseases — they are special people with special goals in life and we need to prescribe accordingly.”

More details about the statistics are at ti.ubc.ca.

The newsletter from the Therapeutics Initiative recommends seven tips for everyone from those who prescribe drugs to those who take them. The tips include the following suggestions:

The full seven steps for “deprescribing” for doctors, pharmacists, nurses, patients and their families can be found in the newsletter “Reducing Polypharmacy: A Logical Approach” at ti.ubc.ca.