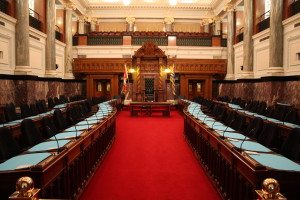 The BC Legislature resumed sitting in February. The 2014 Budget was introduced in the house and it is expected to deliver a very small surplus.

The government mentioned the following in the Ministry of Health Service Plan:

Increased access to an appropriate continuum of residential care services. The population requiring residential care has varied health and social care needs. A key priority of the health care system is to work with partners to ensure the right mix of services for frail seniors and others that best meet the needs of patients.

· Develop residential care models and quality standards for patients with dementia and younger populations with special needs such as chronic severe mental illness.

· Improve the home and community care system to better address the needs of B.C.’s seniors who require these services, including appointing a Seniors’ Advocate, and strengthening protections from abuse and neglect.

There were no dollars in the budget to support the BC Liberal campaign “commitment to double the number of hospice beds in BC by 2020.”

Here are some of the other highlights.

Balanced with thin surpluses over next 3 years:

Limited spending increases of $415 million over the next three years including:

Ministry of Health Budget will increase $2.5 billion over 3 years. Total health spending by function will reach $19.6 billion, or more than 42 per cent of all government expenses by 2016-17.

Taxpayer supported capital spending on schools, hospitals, roads and other infrastructure over the next 3 years is expected to total $11 Billion, including: