Learning the lessons of the deadly Sunnybrook blaze 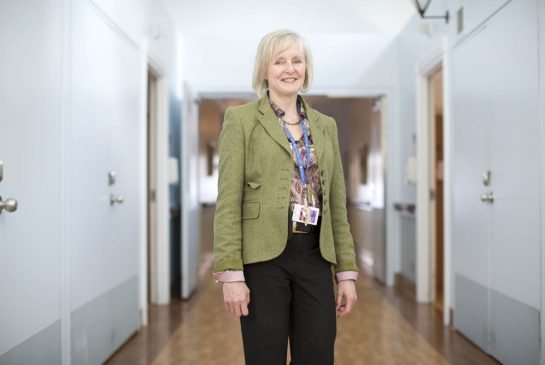 In 1997, Tom Closson was president of the Sunnybrook Health Sciences Centre when a fire ripped through the seniors home. The devastating fire claimed the lives of three vets, after a resident with dementia and behavioural problems started the fire. Since then, Sunnybrook has installed sprinklers and built a special unit for seniors with behavioural problems. Closson speaks about what we can learn from this and the L’Isle-Verte tradgey. Read the full story below, or visit the Toronto Star website.

That was the day of a tragic fire in the K-wing of Sunnybrook Health Sciences Centre, a seniors’ home for war veterans. Closson was president at the time.

Three vets died in the blaze. It was started by a resident with dementia and behavioural problems.

“The day the fire happened, the fire marshal said to me, ‘You know, it’s very likely two of those people would have lived if there had been sprinklers,’ ” Closson recounts.

Since the fire, Sunnybrook has installed sprinklers and built a special unit for seniors with behavioural problems.

But across the province, there is a shortage of such safeguards, leaving advocates to wonder just how safe these facilities are.

The horrible memories of the Sunnybrook blaze came flooding back to Closson three weeks ago when a fire ripped through a seniors home in L’Isle-Verte, Que., leaving 32 people dead and missing. There were no automatic sprinklers in the older part of the home. The cause is under investigation.

MORE AT THESTAR.COM: The last moments at L’Isle-Verte

“It makes me wonder why we can’t speed things up to address two obvious issues for the many people who are living in nursing homes,” Closson says, referring to sprinklers and behavioural supports.

Closson was at his Sunnybrook office desk on a rainy Wednesday morning in the spring of 1997 when his phone rang. It was a friend calling to say he’d just heard on the news that the hospital was on fire.

Closson jumped out of his seat and ran five minutes across the campus to the vets wing. “There were firemen everywhere . . . They were evacuating people both horizontally and vertically. It was totally surreal.”

He was known to be aggressive and had, in fact, been discharged from the hospital’s psychiatric wing the previous day after a two-week stay. In the 24 hours before the fire, he had assaulted a doctor, a nurse, a fellow patient and a personal attendant.

He eventually pleaded guilty to manslaughter and arson.

“I felt very responsible. I was the CEO at the time. In all my years of being in health care that is probably the event that bothers me the most,” says Closson.

Closson, a well-respected figure in the sector, has also served as president of the University Health Network, the Ontario Hospital Association and the Capital Health Region in Victoria. These days, he consuls and sits on boards of various provincial health bodies.

“It was obvious, almost too obvious that we should have had a sprinkler system in the K-wing. And yet we had never thought of it, we had never discussed it. I was questioning why it never came up.”

A review of the tragedy was launched by the hospital, health ministry, fire marshal’s office and Veterans Affairs Canada. It resulted in recommendations that sprinklers be installed and a special unit for veterans with behavioural problems be built.

A coroner’s inquest into the fire recommended dealing with the growing problems of aggression.

“Since the prevalence of dementia and other psychiatric problems is likely to increase with an aging population, it is essential that health-care institutions be provided with adequate funding,” the jurors wrote in their report, adding that staff shortages could mean dangerously inadequate supervision of patients.

“For years, we have been signalling that we do not have enough direct-care staff on the floor,” she said. “And the staff we have is not adequately trained to properly care for residents with aggressive and unpredictable behaviours.”

At least 60 per cent of residents in long-term care have dementia, and almost half of all residents have problems with aggression, according to Rubin’s association. Thirty-five per cent display moderately aggressive behaviours and 11 per cent are severely aggressive.

Since 2001, there have been 27 homicides in long-term-care homes in Ontario — two in Toronto in the last year alone.

Every long-term-care https://bccare.ca/wp-content/uploads/2022/08/medcare-img22.jpgistrator “knows that this could happen in their home,” Rubin told MPPs.

She acknowledged that the government made some progress last year by announcing a new program, Behavioural Supports Ontario, that saw the hiring and training of 200 personal support workers to help seniors with challenging behaviours. But Rubin said it wasn’t enough.

Sunnybrook’s K-wing was built in 1976, before automatic sprinklers were mandatory under the building code, or given much thought.

Today, sprinklers dot the ceilings of hallways and resident rooms.

“The fire itself and the tragic deaths really did increase the focus at the time, and since then there has been an ongoing evolution,” explains Sunnybrook’s current president, Dr. Barry McLellan.

In the last five years, Sunnybrook has replaced its fire-alarm system, installing one that is monitored 24 hours a day by an outside security company with direct contact to the fire department.

When alarms go off, doors that are locked to keep vets with dementia from wandering automatically unlock, strobe lights flash to catch the attention of the hearing-impaired, the ventilation system shuts down to keep smoke from spreading, elevators return to the ground floor, and fire doors automatically close.

There are also monthly fire drills, regular testing of the alarm system and special staff training.

“There is no question that fire safety is a major part of our day-to-day business here,” McLellan says.

Following the Quebec fire, Andy Glynn, vice-president of the Ontario Association of Fire Chiefs, warned “there is a real potential” for a similar tragedy in this province.

According to the Ontario Fire Marshal’s office, 40 per cent of the province’s approximately 700 private retirement homes do not have sprinklers, nor do 30 per cent of the 630 publicly funded long-term-care homes, which house very frail seniors close to the end of their lives.

The province is under pressure to speed up those deadlines, but both sectors say they need financial assistance to make that happen.

In 2001, Sunnybrook opened the Dorothy Macham Home, a new behavioural unit just west of the K-wing.

The 10-bed facility, home to vets with dementia and behavioural problems, is staffed by health professionals specially trained to deal with aggressive behaviours.

The design is therapeutic. There is an interior wandering path, sensors in the floors that let staff know if a resident has wandered into another’s room, and shutters on the bathroom mirrors that can be closed if residents are uncomfortable with their reflection.

The unit gets transfers of vets from across the province, often seniors who have been chemically restrained, something long-term-care homes are increasingly forced to do because they don’t have the staff to care for them.

“They can’t manage them so they end up medicating them to sedate them,” says Dr. Jocelyn Charles, medical director of the vets centre.

“The beauty here is we don’t have to.”

Closson has some sympathy for the provincial government, which is struggling with an $11.7-billion deficit.

Still, he says seniors home have been given short shrift. Capital spending on long-term-care homes must be a priority, he says.

“People who put a senior relative into a nursing home want to know that they are safe.”