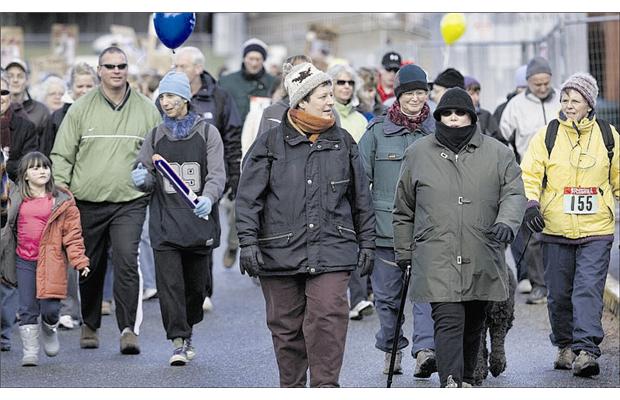 Jim Mann, Alzheimer Advocate with the Alzheimer Society of BC and honorary editor of the newsletter written by and for people with dementia called Insight, speaks about the path to ending dementia stigma. Mann also applauds Premier Christy Clark for recently sharing her family’s connection to dementia and her dedication to developing a dementia plan. Read the full Vancouver Sun Article below or click here:

Premier Clark: Shared her family’s connection to disorder and will be involved in developing national plan

Seventy-four per cent of Canadians know someone with Alzheimer’s disease or another form of dementia. According to a 2013 Nanos survey, most of us would find it harder to admit that we ourselves or someone close to us has dementia. That is why, as someone who is outspoken about his Alzheimer’s diagnosis and has experienced stigma, I would like to applaud Premier Christy Clark for recently sharing her family’s connection to dementia.

My hope is that British Columbians will now feel freer to speak out about dementia and connect with others on the dementia journey at provincewide events like the Investors Group Walk for Memories on Jan. 26.

The premier’s comments come at a time when the world’s leaders are heeding the call of the World Health Organization to address the dementia crisis. At the first G8 summit on dementia in December, 12 commitments to address the significant human and economic toll of dementia were agreed upon. These will help forge a new level of international collaboration in tackling the enormous health and economic challenges of dementia.

I anticipate that we will see the same spirit of collaboration when our premier and her provincial counterparts meet in P.E.I. for their Council of the Federation meeting, a key focus of which is to seek a dementia plan. I myself will be travelling to different B.C. communities this spring to raise awareness about Jim’s Push for a Plan and to gather support for the premier’s work at the Federation meeting. Collaboration, in B.C., Canada and internationally, is paramount if we are to turn this disease around.

The G8 summit on dementia set an ambitious goal to develop a cure by 2025. Some may argue that this is unattainable. I would counter that we must aim for research outcomes that are in line with what we have seen for cancer and HIV/AIDS.

Globally, dementia affects more than 35 million people. In B.C., dementia affects 70,000 of us. Without a breakthrough, that number will double within 25 years. Dementia is not a normal part of aging, nor is it an old person’s disease, as 10,000 people in B.C. with dementia are under the age of 65.

Linda Blanchet, who is the Investors Group Walk for Memories honouree in Kamloops this year, was, like me, diagnosed in her 50s. Linda, her husband Paul and two teenagers, Monique and Matt, have connected with the Alzheimer Society of B.C., and as a board member and Alzheimer’s Advocate, I’m proud to see increasing numbers of British Columbians finding the support they need through the First Link program.

An early intervention service, First Link is designed to connect individuals and families affected by Alzheimer’s disease or another dementia with services and support as soon as possible after diagnosis. I tip my hat to Premier Clark for recognizing and acknowledging the value of First Link in an interview last week.

We’ve come a long way but we have still a ways to go. So let’s all join together in January – Alzheimer Awareness Month. Let’s share our stories and keep our sights set on addressing the dementia crisis.

Jim Mann is an Alzheimer Advocate with the Alzheimer Society of B.C., an honorary editor of the newsletter written by and for people with dementia called Insight, and on the volunteer board of directors. He has been diagnosed with Alzheimer’s.

The Investors Group Walk for Memories happens across the province on Jan. 26. It is a great way to support families in your community who are impacted by Alzheimer’s disease and other dementias and to support research to find a cure. Visitwalkformemories.com to learn more and register.