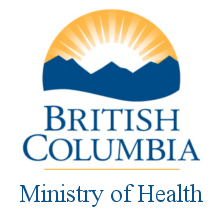 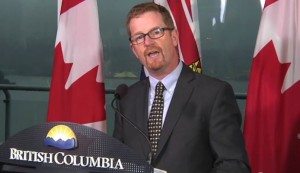 On December 13, 2013, the newly established multi-sector Council to Reduce Elder Abuse held its inaugural meeting.  “We know that achieving our ultimate goal of reducing the incidence of elder abuse requires a foundation of strong collaboration and co-ordination,” said Health Minister Terry Lake. “Establishing councils like this help to bring abuse out of the shadows by raising awareness and generating solutions for all British Columbians to protect those that helped build this province.”

Read the full press release below, or visit the BC Government Newsroom for more details:

“We know that achieving our ultimate goal of reducing the incidence of elder abuse requires a foundation of strong collaboration and co-ordination,” said Lake. “Establishing councils like this help to bring abuse out of the shadows by raising awareness and generating solutions for all British Columbians to protect those that helped build this province.”

The multi-sector council was established to facilitate the actions set out in the provincial plan Together to Reduce Elder Abuse – B.C.’s Strategy as well as leverage resources between sectors, organizations, communities and individuals to better recognize, respond to and prevent abuse.

“Every senior deserves to age with dignity and to feel appreciated and respected in their communities,” said Linda Larson, parliamentary secretary to the Minister of Health for Seniors. “I believe protecting seniors from abuse is a shared societal responsibility and I look forward to working with the Council.”

Supported by a central coordinating office located in the Ministry of Health Seniors’ Directorate, the Council held its first meeting in Vancouver to begin the development of their work plan for 2014. The skills, knowledge and experience represented on the Council include expertise from the financial, health care, public safety and community outreach sectors, as well as a variety of diverse communities and most importantly seniors themselves.

“It is important to recognize that no one government body or organization can solve the problem of elder abuse,” said Barb MacLean, executive director of the Family Caregivers’ Network Society. “Our shared leadership model and commitment to foster integration and co-ordination among sectors will be critical in our efforts to build on existing programs, networks and experiences, as well as finding innovative, new approaches.

Elder abuse can take various forms including physical, emotional, financial and sexual abuse and is often under reported and very difficult to detect. If you suspect a senior is being abused, are a senior who is experiencing abuse or are seeking information about elder abuse, please call the Seniors Abuse and Information Line at 604 437-1940 or toll free at 1 866 437-1940.

The Council is made up of individuals from many sectors including non-profit, private and public, representing health, public safety, financial, First Nations and multi-cultural organizations with support by the B.C. Ministry of Health. To facilitate the start-up of the Council, initial members will serve a two year term, followed by staggered one – two year second term appointments to facilitate stability and sustainability.