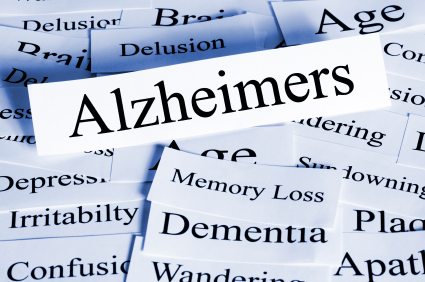 Did you know that almost half of Canadians affected by dementia, including Alzheimer’s disease, wait too long to be diagnosed? That’s why during Alzheimer Awareness Month, the Alzheimer Society is launching a new campaign, Early Diagnosis Keeps Your Life From Unravelling, to promote the benefits of early diagnosis.

Throughout January the Alzheimer Society is undertaking its annual effort to increase understanding about the disease – and reduce the stigma that keeps people from talking about it and talking to their doctors.

For more information, read the Alzheimer Society news release below. If you think you or a loved one might have symptoms of dementia, learn more at www.earlydiagnosis.ca and speak with a doctor.

Toronto, ON, January 7, 2014 – As many as 50 per cent of Canadians with dementia are not diagnosed early enough, losing precious time when care and support can make a tremendous difference in their quality of life and avert unnecessary crises for their families.1 That’s why during Alzheimer Awareness Month, the Alzheimer Society is launching a new campaign, Early diagnosis keeps your life from unravelling, to promote the benefits of early diagnosis.

[quote name=”Mimi Lowi-Young, CEO, Alzheimer Society of Canada” pull=”left”]Seventy-four per cent of Canadians know someone with dementia and more and more Canadians will continue to develop the disease. We want to make sure they’re getting the help they need at every stage of the disease[/quote]

But fear and stigma continue to be huge barriers to seeking help. In a recent Nanos survey, 60 per cent of Canadians polled said it would be harder to disclose if they, or someone close to them, had Alzheimer’s disease compared to other diseases because of the social stigma associated with mental health issues.

Earlier diagnosis opens the door to important information, resources and support through local Alzheimer Societies, which help people with dementia focus on their abilities to remain independent in their homes and communities longer. With early diagnosis, people can access medications that, although not effective for everyone, have the greatest impact when taken early. On a practical level, an early diagnosis gives someone the chance to explain the changes happening in their life to family and friends and allows families to plan ahead.

“Seventy-four per cent of Canadians know someone with dementia and more and more Canadians will continue to develop the disease. We want to make sure they’re getting the help they need at every stage of the disease,” says Mimi Lowi-Young, CEO, Alzheimer Society of Canada. “As devastating as the news can be, early diagnosis brings relief to families, gives them control over their situation and adds more years of living active and fulfilling lives.”

Throughout January, Canadians are encouraged to visit the Alzheimer Society’s campaign website, earlydiagnosis.ca/diagnosticprecoce.ca, to learn how to spot the signs of dementia, understand the benefits of a diagnosis and prepare for a doctor’s visit. This year’s awareness campaign is proudly supported by the KPMG Foundation.

Today, 747,000 Canadians are living with Alzheimer’s disease and dementia, with this number expected to increase to 1.4 million in less than 20 years. Although Canada’s aging demographic will continue to fuel these numbers, increasingly people in their 40s and 50s are also being affected. Growing evidence also shows that brain changes resulting in dementia can begin 25 years before symptoms appear.