In the News: iPods, Living to 100 and an Interview with Terry Lake

We’ve compiled a few news items from the weekend. There’s an article about an Alzheimer Society of Toronto project that aims to donate 10,000 iPods to seniors with dementia. Another story is from the Vancouver Sun’s special series on ‘Living to be 100’. And, in an interview with the Vancouver Sun’s Pamela Fayerman, Health Minister Terry Lake discusses wheelchair fees, as well as end-of-life decisions.

Every day, Angela Bianchi visits her aunt at a long-term care facility, wheels her out of her room, and helps her switch between songs and adjust the volume on her blue iPod Shuffle.

When the music’s on, 93-year-old Domenica Bianchi visibly relaxes.

The senior, who came to Canada more than four decades ago and was diagnosed with Alzheimer’s disease three years ago, slouches forward in her wheelchair with her eyes mostly closed and listens to songs from her youth in Italy. Read more.

Living to 100 is now within sight for thousands of Canadians

Anyone who thinks an active mind is key to a long, happy life will be buoyed by a chat with 105-year-old Alice Okerstrom.

“I’m on the computer all the time,” she says with infectious cheer while sitting in the garden of her seniors’ apartment in Coquitlam. “Today I looked up the difference between prawns and shrimp after someone asked about it at dinner.”

It has to do with the structure of their gills and thorax, she recalls adding a fascinating detail she discovered: some crustacean species begin life as males but turn to females midway through.

She also goes online to follow the itinerary of her son, grandson and their families as they tour Europe this summer, looking up the sights they’re seeing for a vicarious vacation of her own.

Okerstrom took up computer skills late in life — 94 to be precise — following the death of her husband of 60 years and a move away from their home in Victoria. Her son, now 69, insisted that she learn how to use one. She already knew how to type (and still remembers how to take shorthand) from her years working as a stenographer and bookkeeper. 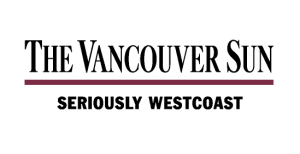 “He thought I would be interested — and I was.”

They make up the second-fastest-growing age group in Canada after 60- to 64-year-olds.

Read more of the Vancouver Sun’s special series on ‘Living to be 100’.

Q&A with the newly appointed minister

Q) One of your first lessons in health care damage control came after it was disclosed that residential care facilities would introduce a $25 wheelchair maintenance fee to help recoup the costs of maintaining and replacing wheelchair fleets. The controversy showed just how emotionally charged issues in health can be. Could the issue have been handled differently?

A) Yeah, first of all, I think Fraser Health could have done a better job communicating. I think they should have worked with us so we were consistent in the messaging because last fall, we clarified what kinds of charges were appropriate in terms of what could be passed on to patients in care homes. So that was a lesson for me that we need to do things in a more coordinated fashion, because if you have one health authority doing this and another doing that, it sounds like we don’t have a consistent plan. We have six health authorities and they do some things differently. You can get free cable on Vancouver Island but on in the Interior region, you pay for it. It’s confusing, this patchwork approach. 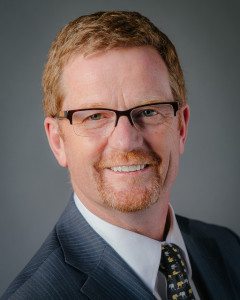 Q) Should policies all be the same, from one region to another?

A) I’m not sure, but we need to communicate clearly to patients and their families what it is they are signing up for. My 82-year-old dad went out and bought a walker. He lives in Kelowna; he didn’t expect taxpayers to buy it. If someone cannot afford a mobility aid, it will be provided. There are provisions to look after those who are vulnerable. But the NDP labels this the Christy Clark wheelchair tax. I know this ministry will be utilized as a political football a lot.

Q) In what seems like one of the messiest scandals involving the health ministry, employees were fired last year over improper use and sharing of patients’ personal health records. There are lawsuits stemming from that but when the B.C. Privacy Commissioner issued a report recently, it was the ministry she faulted — for improper management of health information used for research, insufficient security, protection and controls of patient information. So weren’t the firings premature, and even inappropriate, when it was a ministry structure itself that was lacking? One gets the impression no one was minding the ship. How can you fire people for breaking rules that apparently did not exist?

A) I have to be very careful because of the ongoing investigation. But what I can tell you is there were rules in place … that weren’t being followed. The Privacy Commissioner’s concern was there wasn’t a good compliance program. But it’s like saying, well, the bank didn’t have good enough security so it’s OK to rob it. It’s not OK to rob it, but the security still should have been better. So we’re working on that. Changes have already been implemented.

Q) Are you adding another layer of bureaucracy to ensure compliance?

A) No, not necessarily. We need to have a champion in the ministry to oversee all that, especially in this ministry, where there’s so much data, to make sure the rules are in place and so are the compliance mechanisms. You need a designated champion. We have a new assistant deputy minister (Lindsay Kislock) who’s doing an amazing job on this file, so I’m confident in her ability to get this on the right track. Read more.