During the holiday season give a senior the “Gift of Time” 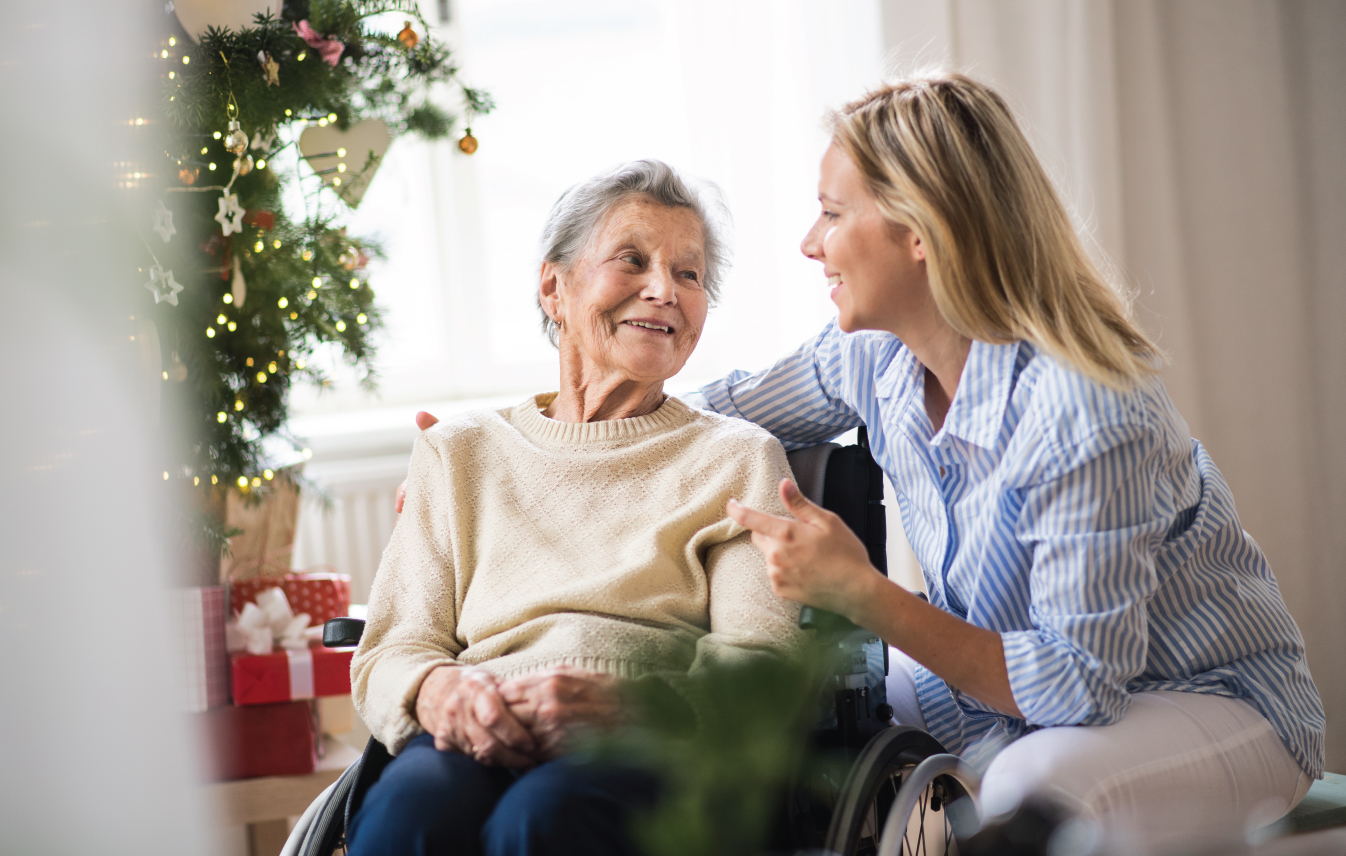 The month of December kicks off the traditional festive season leading up to Christmas Day and New Year’s Eve. It can be a time to celebrate, but for socially isolated seniors in communities across British Columbia it can lead to feeling forlorn and disconnected. BC Care Providers Association (BCCPA) is inviting the public to participate in giving “the gift of time” this month in support of seniors who are either living alone, or in a care home.

“Each year as the festive season approaches, we hear stories about socially isolated seniors who are distressed knowing that the winter weather conditions will make it difficult to keep connections with family members and companions,” says BCCPA CEO Daniel Fontaine. “Therefore, all of us should consider giving a small amount of time to make a connection with a senior who spends far too much time on their own. That gift of time can go a long way to brightening the lives of so many.”

In the U.K., the government even appointed a “Minister of Loneliness” due to the health impacts of social isolation.

“Government policy makers already understand the costs of social isolation,” says Fontaine. “Now we need to convince them of the benefit of investing in initiatives that enhance quality of life among frail and elderly seniors.”

BCCPA is launching its 3rd annual #GiftOfTime campaign across the province to raise public awareness, and urges community members everywhere to take a moment to give the gift of time during the month of December.

Listen to the radio ads

The Minister for Loneliness in LTC

Caring for someone living with dementia over the holidays

How caregivers can cope when the holidays are not so merry 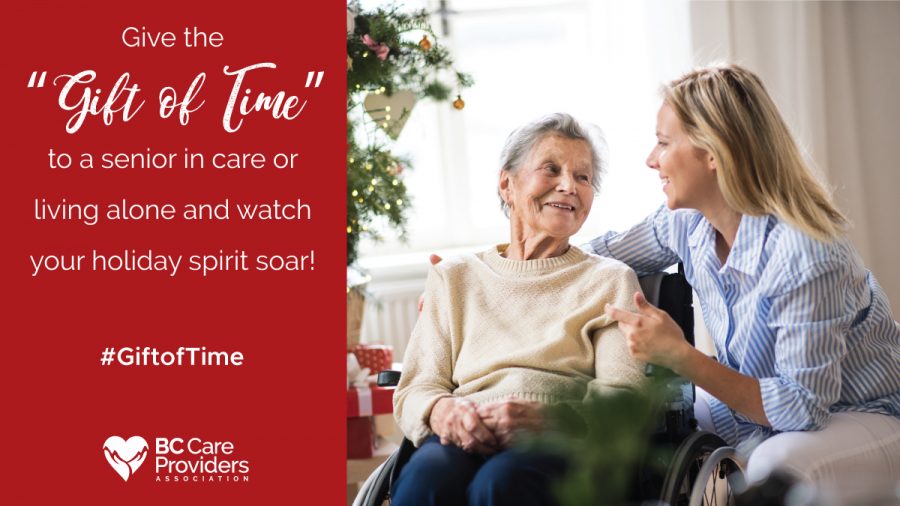 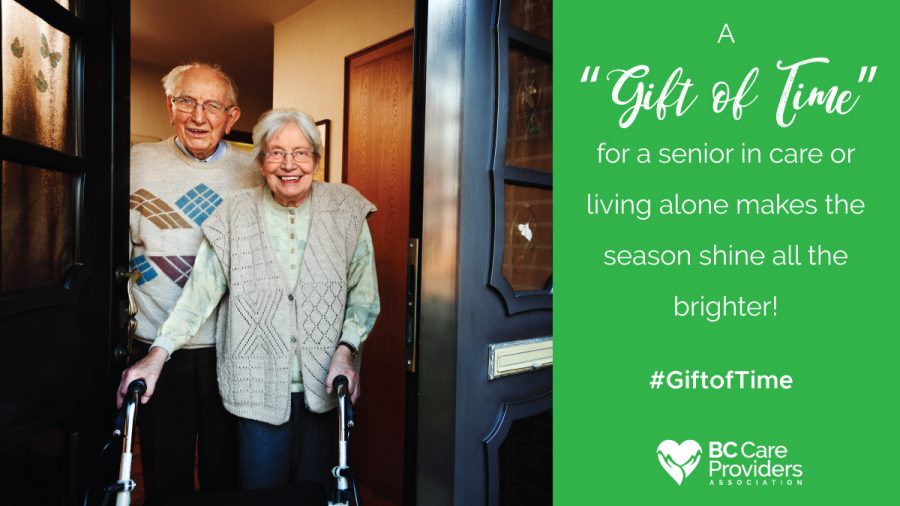 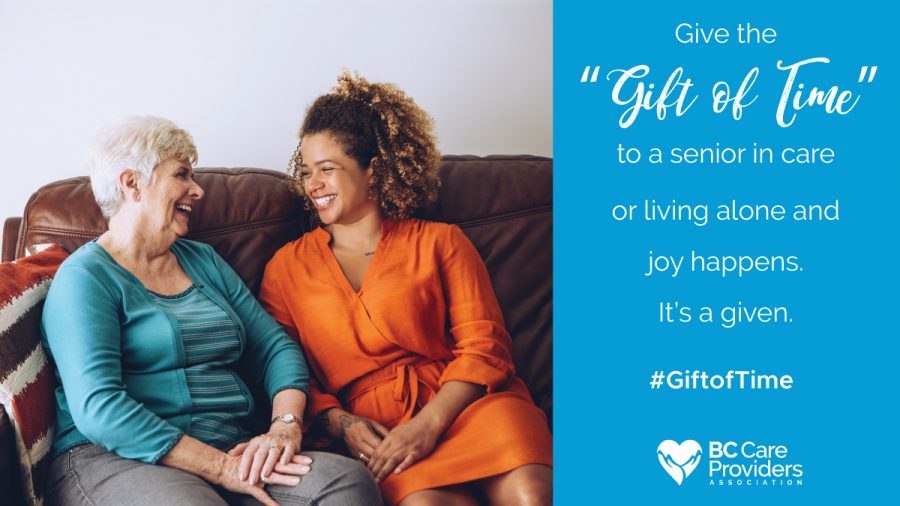 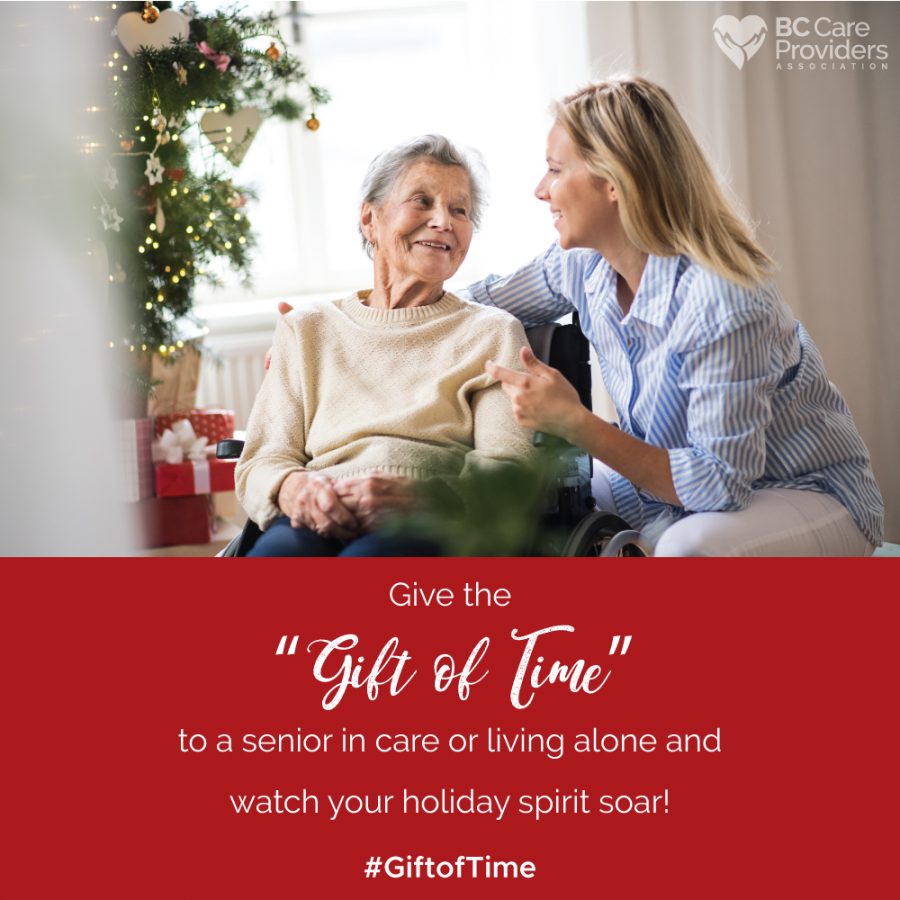 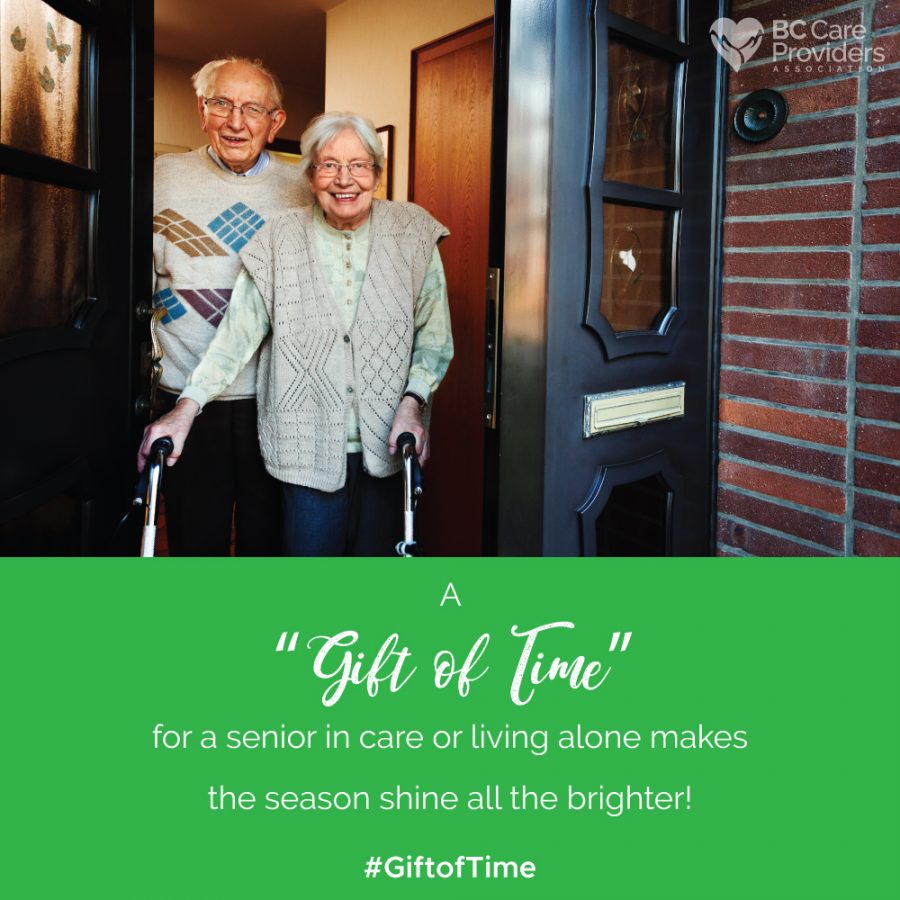