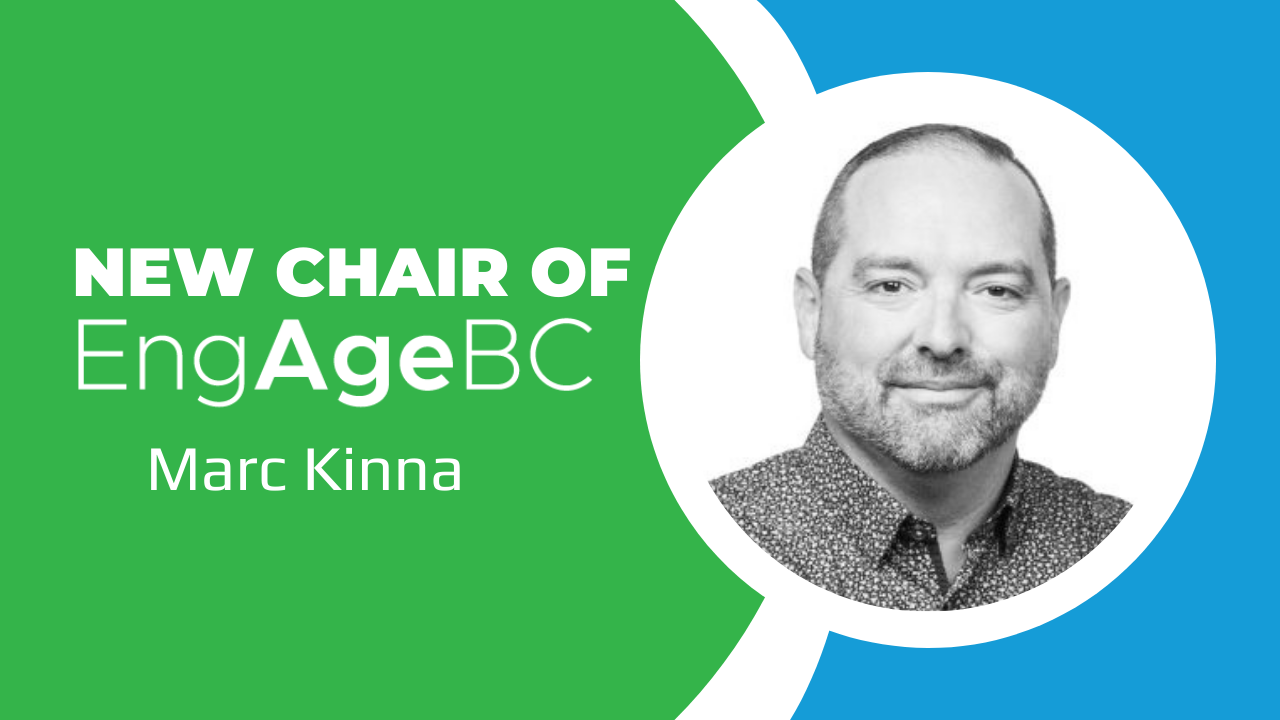 EngAge BC is announcing Marc Kinna, CEO, Baptist Housing, as the new Chair of the EngAge BC Member Council. This appointment takes place as EngAge BC’s previous Chair, Ron Pike, steps away to become President of the BC Care Providers Association’s (BCCPA) Board of Directors.

Kinna has been with Baptist Housing since 2006 and took on the role of CEO in November of 2020. He is well recognized as an inspirational and visionary leader, who has played a key role in shaping B.C.’s seniors living and care sector.

Kinna holds a business degree from the University of British Columbia and an MBA from Trinity Western University with a specialization in Non-Profit and Charitable Organization Management.

“Throughout my tenure as Member Council Chair, it has been my pleasure to guide the work of EngAge BC. As Marc takes on this important role, I am certain that the Association will benefit from his forward looking and diplomatic approach,” says Ron Pike, CEO, Elim Village and BCCPA, Board President.

“Independent living and private pay services play a critical role in supporting B.C.’s seniors to age as well as possible. I am pleased to have the opportunity to work with EngAge BC’s staff and CEO, to set the direction for EngAge,” says Kinna.

Over the last year, key EngAge BC initiatives have included a networking event for independent living leadership, the launch of the new virtual series, EngAge in Conversation, a series of independent living roundtables, the launch of the foundational paper, The Independent Living Advantage and the inaugural Seniors Living Expo. Meanwhile, existing initiatives such as Route 65 and Assurity, continued to gain momentum.

“The Association appreciates Marc taking on this role, along with the contributions of each committee and task force member who commits their time to informing our work, and strengthen the sector,” says Terry Lake, CEO EngAge BC and BC Care Providers Association.

“We are privileged to be able to tap into the expertise of so many,” he continues.