#BCCareAwards – What a day that was!

The 5th Annual BC Care Awards (hashtag #BCCareAwards) topped off a red-letter day for our winners, as well as all seniors care providers who were recognized in Victoria that day.

Her Honour opened the official proceedings with a warm greeting to the winners and their families. The day had been proclaimed as “B.C. Seniors’ Care Providers Day” by the Government of British Columbia.

A photo shoot was arranged for high noon on the front steps of the B.C. Legislative Assembly, where our winners were pleasantly surprised by the arrival of the Premier of British Columbia, the Hon. John Horgan (see photo above), where we were also joined by our winner of the Ed Helfrich Long-Service Excellence Award winner Hank Van Ryk of H&H Total Care.

Then the delegation attended a private lunch hosted by the Speaker of the Legislature, the Hon. Darryl Plecas. The delegation was accompanied next by a large party into the gallery of the Legislature to watch Question Period. During opening introductions, BC Care Providers Association, and the BC Care Award winners, were all recognized by name by both the Minister of Health, the Hon. Adrian Dix, and the Official Opposition Health Critic, MLA Joan Isaacs. The transcript of those proceedings can be found here.

A remarkable day for our winners was then topped off by the BC Care Awards ceremony and reception at the stately Fairmont Empress Hotel. We at BC Care Providers Association are indebted to the Lt. Governor, the Minister of Health, and their staff, as well as the large turnout by our hard-working Members of the Legislative Assembly, for making it such a special evening.

Thank you also to the Health Arts Society for providing such talented musicians to play at this important event.

The awards were each handed out following a short introductory video. You can watch all four videos in by playing the YouTube playlist below.

We recorded the awards ceremony and the photo shoot and have compiled them for download in the Flickr photo album. High resolution photos are available here for download. 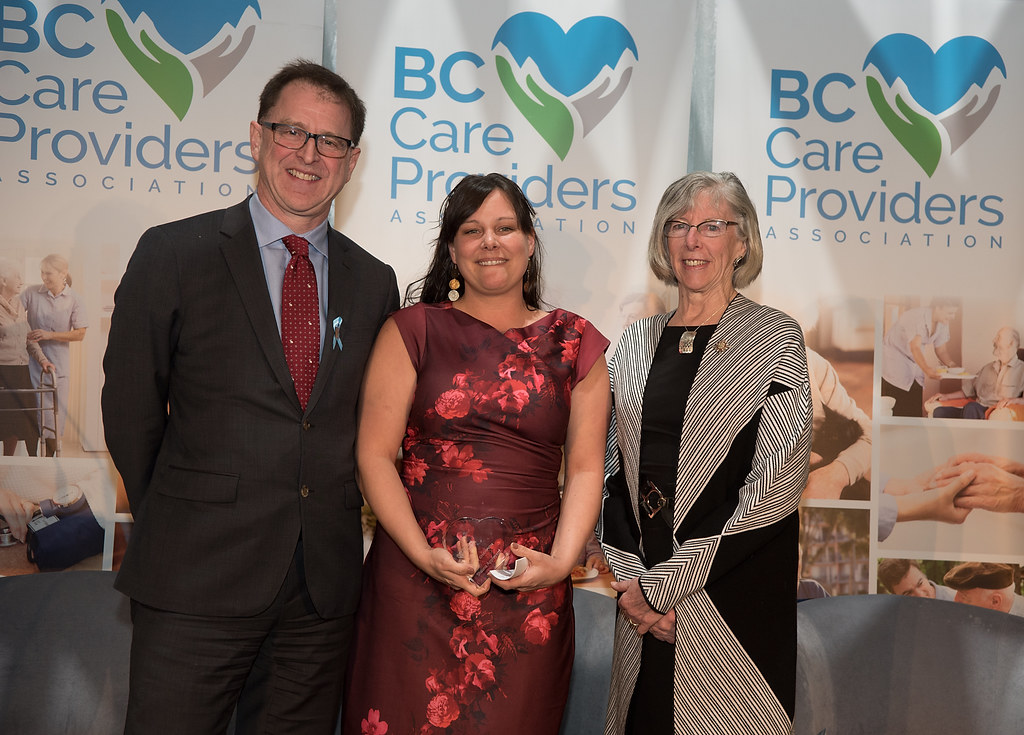