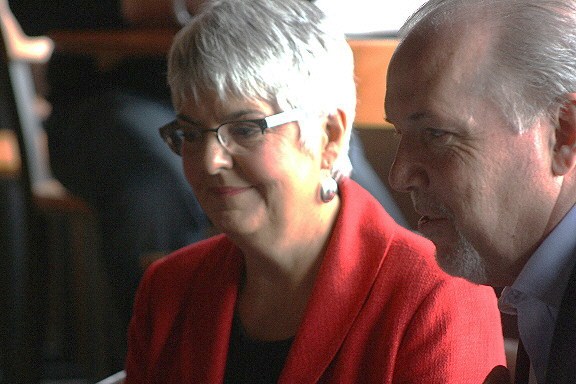 On Friday the B.C. Legislature will be recalled and British Columbians will hear first-hand from the Lieutenant Governor regarding the new BC NDP government’s political priorities for their coming mandate. It is the first time in 16 years that BC Liberal MLAs will be performing the role of Official Opposition – not government. It’s also the first time in over 50 years we’ll be experiencing a minority parliament.

No doubt the BC NDP government, supported by the BC Green Party MLAs, will want to move quickly to make their mark and live up to all the commitments they made during the recent election campaign.

Countless numbers of seniors and their caregivers should be watching very closely as both the Speech from the Throne and the mini-budget are set to be delivered over the next week. The previous government had committed in its spring budget to invest up to $500 million over three years to dramatically increase the level of direct care hours provided to seniors living in care.

Many are hoping the mini-budget will not only live up to those previous commitments, but there remains optimism the new government will go a few steps further.

If Carole James, Minister of Finance, were to seek my opinion regarding what types of new investments could be made now to enhance seniors care in B.C., I would point her in the direction of a document she played a big role in creating. It was the 2016 report by the bi-partisan Select Standing Committee on Finance and Government Services, where the first three of the committee’s 102 recommendations spoke to the need for significant new investments in seniors care.

Quoting from the Standing Committee’s report:

“Noting that an aging population necessitates a reorientation of the health care system towards community care where the needs of seniors, the chronically ill, the frail elderly and those with dementia can be more appropriately met, the BC Care Providers Association (BCCPA) called for more investment in community care…The BCCPA requested additional funding for home support, and long-term care and residential care facilities, including funding for direct care hours. The organization also asked for supports to improve quality of life for seniors, both in the community and in residential care. As an added benefit, community care typically has a lower cost, thus improving sustainability of the health care system.”

The first three recommendations were:

While the BCCPA applauded the previous government’s decision to provide new funding to raise the minimum average to 3.36 direct care hours in long-term care homes, most likely many will be funded below this standard for years to come.

As with the Select Standing Committee’s recommendation, BCCPA advocates that adequate funding should be provided per site to ensure all seniors have access to a minimum of 3.36 direct care hours, regardless of which publicly-funded care home they choose to reside.

We also continue to champion a move away from a clinical model of care, and shift toward a more compassionate social model of care. This means not only would we be responsible for taking care of a senior’s health care needs, but we would also better support their psycho-social, emotional and spiritual well-being.

This can be achieved by investing in a new Seniors Quality of Life Fund, which would help to develop and deliver on this new social model of care for BC seniors. The Select Standing Committee stated their support for this initiative, and we remain hopeful the new provincial government will move forward with this idea over the coming months.

We also know that many seniors and their families want the option to remain in their own homes for as long as possible. This is increasingly challenging though, due to limited access to home care and respite services.

The B.C. government’s September mini-budget offers an immediate opportunity to make those much needed investments and bring real meaning to the slogan “Better at Home”.  Any new investments should be matched with a commitment to extend the minimum visit times for home care workers from 15 to 30 minutes.

Lastly, if we are going to deliver quality care across this province to our seniors, we need to provide opportunities so that more people will choose careers in the growing field of home and community care.

The provincial government could and should play a stronger role through funding programs to fill current and future care worker vacancies anticipated due to a wave of anticipated retirements in the coming years.

Recent media reports indicate Canada is on track toward its best economic performance in over a decade. In British Columbia, we just reported a $2.7 billion surplus and we are experiencing record low unemployment. Meanwhile, the Ministry of Health and various health authorities continue to make great strides in their efforts to shift resources from acute into a more appropriate home and community care setting.

There is clearly no better time to make the necessary investments in our elderly population – the people who helped to build the economic foundations of our province.

Over the coming weeks, we are hopeful the BC NDP government – supported by the BC Green Party and the Official Opposition – will place seniors and those who care for them high on their priority list.

*Feature image from The Valley Voice