Opinion: Our leaders need to offer Canadians a new vision for health care

While the federal and provincial-territorial governments were not able to reach an agreement on financing a new health care accord in 2016, a deal will ultimately be struck. But it will matter what that deal looks like. 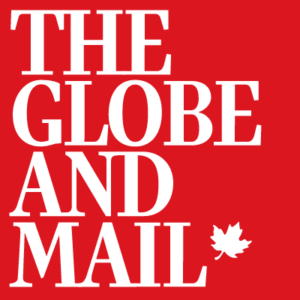 Our health care system is nearing a tipping point, facing structural problems that require structural solutions. Will the financing proposal put on the table by the federal government address the long-term sustainability and performance issues facing our health care system? The answer on the last offer is no.

On the surface, the federal transfer proposal looked like a lot of money, especially for a government facing budgetary deficits for the foreseeable future and with no plan to return to balance. But on closer inspection, the provinces and territories (PT) were quickly able to see the fine print.

Take, for instance, the growth in the Canada Health Transfer (CHT) – the primary federal funding tool for health care in Canada. Currently, the CHT is set to begin growing at the three-year average of nominal GDP growth, with a base of 3 per cent, in 2017. Finance Minister Bill Morneau has instead proposed growing the CHT by a fixed 3.5 per cent annually. For 2017, that would certainly be an improvement over the 3 per cent provinces are currently expecting. But looking at the government’s economic forecasts published in November, the federal government expects nominal GDP growth to average around 4 per cent post 2016. Hence the PTs rightly questioned why they would trade a little more money today for less tomorrow.

The $11.5-billion in new money over the next decade for long-term care and mental health certainly meets and surpasses some electoral commitments. But this too needs to be put in perspective. According to the Canadian Institute of Health Information (CIHI), total public health spending in Canada in the 2015-16 fiscal year alone is estimated to have been $145-billion; so, an extra $1-billion annually is a drop in the bucket. And while it brings the total committed federal dollars for health closer to where it would have been under a 6-per-cent CHT escalator, a substantial gap would remain. Even beyond this gap, the new money is time limited and its targeted nature would have meant less flexibility for provinces to address the health priorities of their unique populations.

The 2004 Health Care Accord increased the CHT by 6 per cent annually. The latest federal proposal fell well short of this goal. It also leaves unaddressed some inconvenient truths staring Canadians in the face. Chief among these is that the problems facing our health care system cannot be solved by more money alone. We know that other single-payer systems provide better-quality care at a lower cost. The provinces need to work together with the federal government to establish performance measures that will ensure the best outcomes for Canadians by holding governments to account.

Provincial finances are not fiscally sustainable – a fact made clear when the federal government announced a planned reduction to the CHT escalator in 2011. Indeed, according to the Parliamentary Budget Officer, the feds are in a fiscally sustainable position today thanks in large part to the change in the health care escalator. As such, there is a sense of irony around the federal government playing fast and loose with spending in every area of federal influence except health care. This point is key because health care is the number one budget line item of Canadian provinces and territories, and aging populations will only push this expense higher.

Canadians want the principles of the Canada Health Act. They also want different levels of government to work together for their benefit. What Canada needs is a new, long-term vision for health care from our political leaders. We need officials back at the table working out new program designs that motivate and support change, including, but not limited to, priorities related to long-term care, mental health and prescription drugs. Cost containment must be at the forefront of these discussions, but in the context of long-term sustainability of the health care system and government finances more generally.

Kevin Page is a former Parliamentary Budget Officer for Canada. He is president and CEO and Randall Bartlett is chief economist at the Institute of Fiscal Studies and Democracy, University of Ottawa