A new report from the US based Cable News Network (CNN) indicates that acute care hospitals are not the right place for the frail elderly. The story chronicles how the health of many seniors actually takes a turn for the worse when they have been admitted into an acute care setting.

“The older you are, the worse the hospital is for you,” said Ken Covinsky, a physician and researcher at the University of California, San Francisco division of geriatrics. “A lot of the stuff we do in medicine does more harm than good. And sometimes with the care of older people, less is more.” 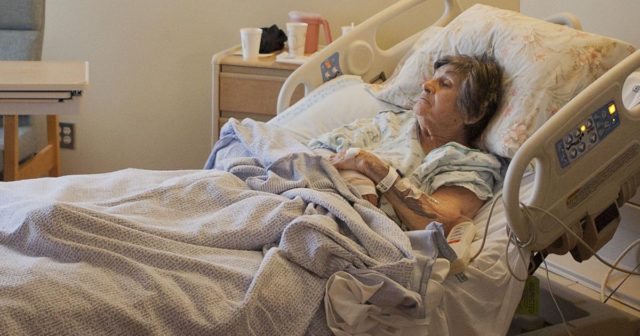 CNN states “Hospital staff often fail to feed older patients properly, get them out of bed enough or control their pain adequately. Providers frequently restrict their movements by tethering them to beds with oxygen tanks and IV poles. Doctors subject them to unnecessary procedures and prescribe redundant or potentially harmful medications. And caregivers deprive them of sleep by placing them in noisy wards or checking vital signs at all hours of the night. Interrupted sleep, unappetizing food and days in bed may be merely annoying for younger patients, but they can cause lasting damage to older ones. Elderly patients are much different than their younger counterparts — so much so that some hospitals are treating some of them in separate medical units.”

In the two White Papers released in May by the BCCPA, preventing unnecessary emergency room visits and reducing the length of hospital stays was a key priority.

“If at all possible, we should be trying to bring medical treatment to the senior, rather then subjecting them to a stay in acute care which can actually produce worse health outcomes. The CNN report helps to serve as a reminder that we need to begin shifting dollars out of acute care and into the community as soon as possible. The Fraser Health Authority has already begun to make that shift and we remain hopeful other health authorities will follow suit in the coming months.”

The BCCPA has taken the position that at least 1% of the acute care budget should be reallocated over the next five years into home and community care in order to increase the capacity of continuing care services for seniors and younger adults living in care. In a recent public opinion poll, the vast majority of British Columbians agreed with that approach and the BCCPA is encouraging the Ministry of Health to make it a priority over the coming year.

“The time for action is now,” says Fontaine. “We are heading in to a provincial election next spring and we remain hopeful the provincial government ensures the needs of our seniors remains a top priority.”

Australia: Public spending on aged care up as sector expands BCCPA CEO off to CALTC AGM in New Brunswick