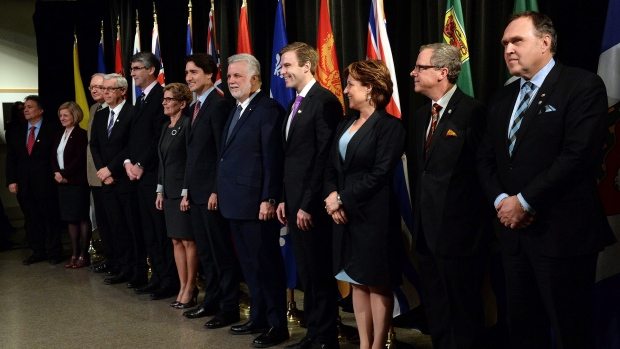 News from last week’s Council of the Federation (COF) – the annual gathering of Canada’s Premiers – and a joint request for a federal commitment to fund 25 percent of health care costs to cover an impending health accord.

Ideas for what the new formula should look like have ranged from bumping the health transfer up to cover 25 per cent of provincial and territorial health care costs, to paying jurisdictions based on how many seniors they have, to handing out money based on innovation.

A report by the Canadian Medical Association Journal puts the Premiers’ request in context.

“The call for an increase came July 22 at the Council of the Federation meeting of provincial and territorial leaders in Whitehorse, Yukon. Under the previous 10-year health accord, which expired in 2014, federal transfer payments to provinces and territories increased 6% annually. The former Conservative government extended the 6% deal to 2017, but in 2017/18 it is slated to drop to 3%, or an amount matched to the rate of growth in gross domestic product, whichever is higher.” 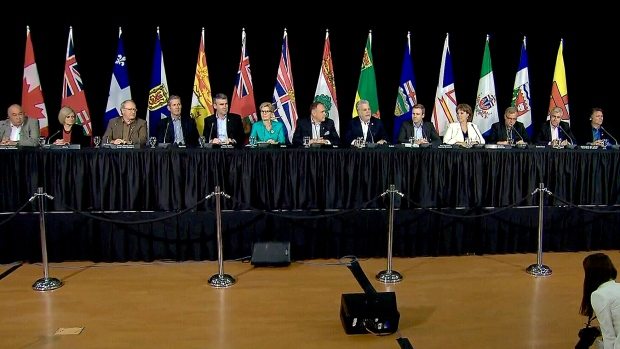 However, Bill Tholl, president and CEO of HealthCareCAN, a federation of hospital and health organizations, disagrees.

“This idea that the federal share is falling is just false,” he said. “It’s dead wrong.”

HealthCareCAN wants the federal government’s new funding formula to start with the three per cent escalator but then top up provinces and territories based on their demographics, innovation and performance.

A 3% increase is sufficient, maintains Tholl, but the federal government should top up the transfer by $1.6 billion to be divvied up among provinces that have a disproportionate number of seniors, including British Columbia and Nova Scotia.

The federal government has expressed interest in targeted health care funding, rather than a direct increase to the health transfer.

The premiers were not united in their views on targeted spending. Quebec Premier Philippe Couillard said he is “totally opposed” to the idea.

Facebook
Twitter
LinkedIn
WhatsApp
PrevPreviousMaking the Case for “Frailty” Measurement Vs Per Capita Funding
NextAging with Pride: LGBTQ Seniors Celebrate in VancouverNext
Sign up for
our e-newsletter