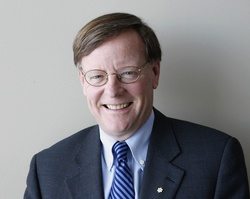 The BC Care Providers Association (BCCPA) is pleased to announce that our submission to the Great Canadian Health Care Debate taking place at the CCHL National Conference next week has been selected in the top five. Over 800 delegates will be voting on Monday to determine the top three finalists who will make it on stage. Jeffrey Simpson, columnist with the Globe and Mail, who will be hosting the live event.

“Considering there were over 50 submissions, it’s great to see that our motion has made it all the way to the top five,” says Daniel Fontaine, CEO for the BCCPA. “We hope the delegates agree with us that the development of a national health promotion strategy for seniors should be considered a top priority.”

In addition to Fontaine, BCCPA’s new President Karen Baillie will also be in Ottawa attending the conference. What follows is a CCHL media release that was distributed across Canada on May 31st.

OTTAWA, ON–(June 01, 2016) – The stage is set in Ottawa to debate the health issues that matter most to Canadians. Canada’s most influential healthcare leaders will take up the challenge as part of the 2016 Great Canadian Healthcare Debate (the Debate), moderated by Mr. Jeffrey Simpson, renowned Globe and Mail’s national affairs columnist.

The Debate is part of this year’s National Health Leadership Conference (NHLC). Co-presented by HealthCareCAN and the Canadian College of Health Leaders, the NHLC is held on June 6-7, 2016 at Ottawa’s Westin Hotel.

A group of 750 healthcare leaders from across the country will begin by short listing five resolutions, which were selected from an initial list of almost forty. On Monday, June 6, from 5:00-5:15 pm EDT, the delegates will narrow down the five resolutions to three. Then these three motions will be argued head to head by their respective sponsors on Tuesday, June 7, from 8:30-10:30 a.m.EDT.

The showdown will happen in an election-style debate, where Mr. Simpson will be assisted by Wendy Nicklin, President-elect of the International Society for Quality in Health Care and Alex Munter, President and CEO of the Children’s Hospital of Eastern Ontario (CHEO). Reporters in attendance will also be invited to ask questions from the floor.

“We can’t look to someone else to take the first step. Leaders need to make tough choices. We need to make things happen based on the best evidence and advice,” says Bill Tholl, President and CEO, HealthCareCAN. “This is the time for decisive action from federal and provincial health policy-makers as we work towards a new Health Accord.”

“That’s why The Great Canadian Healthcare Debate is so timely,” says Ray Racette, President and CEO of the Canadian College of Health Leaders. “We need to choose resolutions that will empower leaders to do the right thing for Canada. Our ultimate aim is to bring the chosen issues to the attention of the Ministers of Health, particularly in light of the Health Accord negotiations.”

Report “never events”. Never events are patient safety incidents — from surgery on the wrong site, to unintended foreign objects left in the patient — that can result in serious harm or death. Earlier this year, the Canadian Patient Safety Institute and Health Quality Ontario published a report that revealed the shocking level of occurrences of never events. The resolution: require mandatory public reporting, in all provincial/territorial governments, of 15 major never events within the next three years. Sponsor: Hina Laeeque, Patient Safety Improvement Lead, Canadian Patient Safety Institute.

Improve health outcomes for First Nation, Métis and Inuit patients. Health care outcomes for Indigenous Peoples are among the worst for any group in Canada. Most health regions, however, decline to collect the Indigenous-specific demographic data that would help them to enhance care. The resolution: get health care leaders to commit to addressing quality of care of Indigenous patients by working to implement the Truth and Reconciliation Committee’s health recommendations. Sponsors: Indigenous Health Alliance, Indigemetrics and the Assembly of First Nations.

Invest in healthcare innovation: Compared to many OECD countries, Canada’s healthcare system shows “middling” performance for high spending. The Advisory Panel on Healthcare Innovation (The Naylor Report) suggested that an innovation fund can support initiatives that remove structural barriers to change, and improve the quality and accessibility of care. Yet the panel’s report has been relegated to the backburner. The resolution: have the federal government adopt the panel’s recommendations on creating a Healthcare Innovation Fund, starting with funding of $1 billion over five years as part of the next Health Accord. Sponsor: Mimi Lowi-Young, CEO, Alzheimer’s Society of Canada.

Make progress on seniors’ health. Canada’s aging population will strain the health system, particularly in dealing with mental health and chronic diseases. By 2036, seniors in Canada will comprise approximately 25% of the population. The cost of providing their care is about double the cost of care for all those under age 65. Four in 10 Canadian seniors are dealing with two or more chronic conditions such as diabetes, respiratory issues, heart disease and depression, while many are experiencing a decline in physical and/or cognitive functioning. The resolution: develop a National Seniors Health Promotion Action Plan by 2018 and report back within the next three years on progress.Sponsor: Daniel Fontaine, CEO, BC Care Providers Association 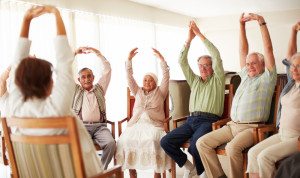 Address seniors’ care beyond the hospital. The rising costs to serve seniors result partly from policies and funding decisions that overemphasize illness care at the expense of promoting health and wellness. Since 2008, the number of people needing home care has grown by over 55%. That will keep increasing with the rising number of people who have age-related chronic conditions. The resolution: ensure universal access to high-quality, national and publicly-funded home-based and community-based care, by developing an accountability framework linked to strategic funding by January 2017. Sponsor: Lisa Ashley, Senior Nurse Advisor, Canadian Nurses Association.

“All motions are worthy of action, but leaders in the healthcare system have to make difficult choices every day” says Bill Tholl. “In a way, The Great Canadian Healthcare Debate demonstrates the imperative of just that — making tough choices, in this case identifying the most important resolution, as the priority for policy-makers.”

Issue briefs have been developed for the five motions, they can be accessed here.