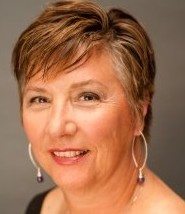 The provincially-appointed Seniors Advocate has released a survey of 292 government-funded long-term care homes for seniors (the Residential Care Facilities Quick Facts Directory) that shows 232 were below the staffing guideline of 3.36 hours of care per day for each senior.

In Mission and Langley, the directory showed eight of 11 residences were below 3.36 hours.

However, that study is misleading, according to Karen Baillie, the Chief Executive Officer of Menno Place, which runs Menno Hospital and several other care facilities in Abbotsford.

She said the report failed to show that the long-term care homes don’t control the amount of funds they can spend to meet the hours-of-care goal. That amount is set by regional health authorities.

“We basically do what we can with the money they give us,” Baillie maintained.

She said the gap between the suggested minimum hours of care per patient and the money available to pay for it is what forced the layoffs last year of nurses at Menno hospital and their replacement by staff from an outside contractor.

“We were basically left with no option except contract out or close the doors,” Baillie said.

Menno hospital now slightly exceeds the 3.36 hours guideline by providing 3.37 hours of care a day for each patient.

Baillie is the incoming president of the BC Care Providers Association (BCCPA), the non-profit society that represents more than 140 residential care, assisted living and home care facilities, as well as over 135 commercial members in the province.

The association has expressed concerns about the report to both the Seniors Advocate and the provincial government, Baillie said.

Michael Kary, the BCCPA director of policy and research, said the report can leave a “misleading impression because the health authorities provide funding and set specific requirements.”

Kary said estimates by the health officials show that it would cost nearly $200 million to hire the extra staff needed to bring all long-term care homes up to 3.36 hours.

The issue is on the agenda for at the BCCPA annual general meeting on May 31, which is expected to approve a motion that says there are ”significant disparities” between the number of care hours provided by different seniors residences.

It also says fixing those disparities will require funding from the health care authorities and/or province.

It also calls for consistent care standards province-wide, instead of letting the different health regions set the standards, and more flexibility for care homes to manage staffing levels.

The provincial government, meanwhile, has announced a review of the hours-of-care issue in the wake of the report, to be conducted by Abbotsford South MLA Daryl Plecas, the Parliamentary Secretary to the Minister of Health for Seniors.

A statement about the Plecas review released by ministry of health spokesperson Stephen May said 3.36 hours per patient “is not a requirement, it is a guideline … a starting point for planning decisions…”

May said the average number of care hours and staffing mix in each facility will depend on the patient population in that facility, and the degree of assistance they require.

“It is really about ensuring that each individual patient gets the care that is appropriate for them – there is not a one size fits all approach” May said.