Who Will Care for Our Ageing Population?

There are more people over 65 years of age today in Canada than children under the age of 15. At the same time, there are 261 geriatricians and more than 3,000 pediatricians.

One has to ask the question: Are there enough geriatricians in Canada to cope with the increasing number of older adults? While the country’s population rapidly ages, so to do the number of geriatricians — 1/3 are over 55 years of age coupled with, until recently, a stagnant rate of practicing geriatricians. Could this critical situation lead to a perfect storm for the health-care system? 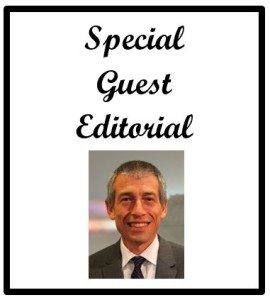 Geriatric medicine deals with the prevention, diagnosis, treatment, and social aspects of illness in older people, mainly patients 75 years of age or more. Geriatricians work with other members of the health-care team to prevent illness and restore a medically complex older person to a level of optimal ability and, wherever possible, return the person to an independent life at home.

Despite the shortage of geriatricians, some of the best models of care of the elderly have been born in Canada. An early pioneer of the “home is best” approach was Dr. John Sloan who developed the ViVE program providing multidisciplinary care for home-bound seniors. This Vancouver-based program targets frail seniors who would otherwise be in residential care, and allows them to have access to the medical and home supports needed to age in their community.

In Edmonton, the Comprehensive Home Option of Integrated Care for the Elderly (CHOICE) assists seniors to continue living independently and in their own home longer by managing all their health requirements. Clients attend one of three day centres, one to five days a week, and receive services that include ongoing medical, psychological and social support. The leading-edge program includes ongoing assessments, monitoring, transportation, and short-term overnight care, including respite.

Not every senior is fortunate enough to be supported through home and community-based programs. Unfortunately, many seniors move into a nursing home often through the acute-care system with the entry point being the emergency room. The ER is not the friendliest nor most welcoming place for a 90-year-old. It was not designed for a frail elder. The effects of lying horizontal in a hospital bed for 72 hours and not moving may lead to a post-hospital syndrome as the senior becomes nursing-home eligible. Otherwise, elders are often transferred into an acute care bed known as Alternate Levels of Care (ALC), blocking the flow of adult patients through the complicated medical system that is terrifying at best for an elder who wishes nothing more than to be discharged back to home.

But what if we redesigned the ER to be elder friendly? What if the first point of contact for an elder in the ER was a geriatric social worker whose care approach fast-tracked homeward bound to their community? To be reunited with their previous self. In elder-friendly ERs, staff are trained how to administer a geriatric assessment and taught how to communicate with someone who might have a cognitive impairment, rather than relying on the conventional emergency triage procedure. The outcomes of redesigned ERs in the Trinity Health System in the United States have proven that elders have shorter lengths of stay, lower hospital readmission rates and better health outcomes reducing the social costs to the health care system and most importantly leading to superior quality of life for elders. Geriatric social workers connect the elder with the programs and services within their community that will extend their independence beyond what was previously possible. Community supports like home care, nursing care, rehabilitation, and seniors’ community centres focus on getting elders moving, eating healthy, attaining better sleep patterns all with a healing service approach as an effective alternative to acute care and nursing homes.

While the opportunity to redesign the health care system is a mammoth mountain to move, the even bigger mountain range that must be shifted is society’s undervaluing of elders. In Western culture elders are cast aside to the thousands of nursing homes which in Canada are nearly twice as common place than Starbucks coffee shops. In one case, a school aged with special needs receives more direct daily hours of support in the classroom than her grandmother receives in her nursing home. Not to mention the seemingly superior pediatric hospitals that outshine mostly non-existent geriatric hospitals. Canada has not yet made the paradigm shift to reallocate scarce resources needed to support the medically complex aging demographic.

But there is hope. As the baby boom generation that was served well with a robust pediatric system are now caring for their aging and increasingly frail parents, they will insist the older generation have access to frail elderly home and community based programs supported by geriatricians who have expertise in the care of the most complex older adults. What is needed is a revolutionary different approach to elderhood as a life with meaning to shape a better world for children, adults and elders.

Dan Levitt is executive director at Tabor Village and an adjunct professor of gerontology at Simon Fraser University. This opinion piece was originally published in the Vancouver Sun.