In BC, residential care operators across the province are facing critical fiscal challenges in order to meet existing cost pressures while also delivering high quality care for seniors.  This is despite an aging population and increasing levels of acuity for residents. 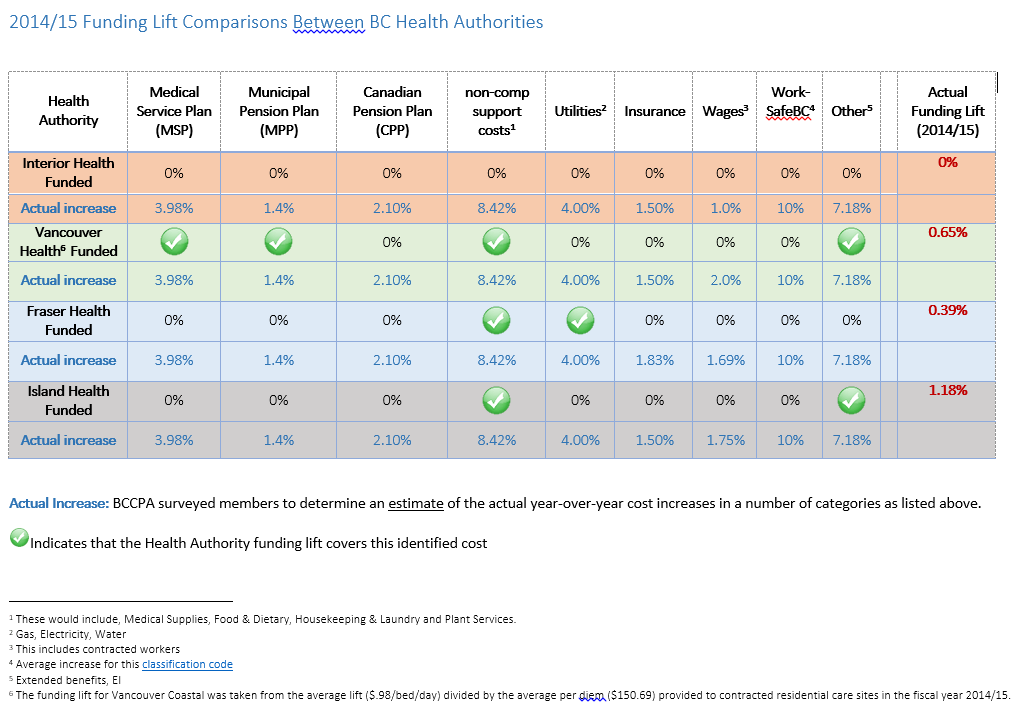