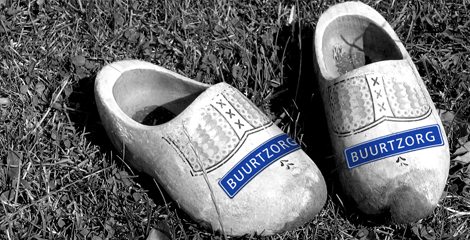 The BCCPA recently came across a very interesting editorial in the Winnipeg Free Press written by Rudy P. Friesen. It discusses the need to reform the home care system in Manitoba which he describes as “broken”. We thought we’d share it with our members in BC as it might be of interest.

The home care system in Manitoba is broken. Recently, provincial court Judge Michel Chartier pointed out communication and procedural deficits in the home care system. Now, auditor general Norm Picard has identified a plethora of problems at many levels.

They include inconsistent and unreliable services, scheduling challenges, inefficient work schedules, incomplete client assessments and frequently cancelled visits due to staff shortages, requiring clients to have unrealistic backup plans on short notice. Staff are being told to do more in less time. Tasks are not being completed to anyone’s satisfaction. Staff morale is low, and there are contract issues. There is an assembly-line mentality and not a very efficient one at that. It is not uncommon for a client to be seen by up to six different staff members in a two-day period.

Home care is supposed to help people avoid or delay the need for costly stays in personal care homes or hospitals. Now it has become a broken link, a weak link at best. While the impact is economic, it is also personal, social and political.

This is bound to get worse. The Department of Health, Healthy Living and Seniors has no plan in place to cope with the challenges the approaching silver tsunami will create for home care.

It is clear Manitobans are not getting value for the money. There has to be a better way. And there is.

In 2006, Jos de Blok, a former community nurse, manager and director of several home care organizations in the Netherlands, decided to reinvent home care. The impetus was frustration over a fragmented, ineffective and overly bureaucratic home care system, similar to what we have in Manitoba. Some clients had to deal with more than 30 different nurses in a month. Nobody had the “total picture” of a client.

His reinvention was named Buurtzorg, or “neighbourhood care.” It is run by self-managed teams of 10 to 12 nurses. There are no managers, only coaches who provide advice to these teams as requested.

Clients see the same nurses each time. The nurses take time to visit, have a cup of coffee and get to know the histories and preferences of their clients. In this way, care is provided in a holistic way. It serves not only a client’s physical needs, but also emotional, relational and spiritual ones. 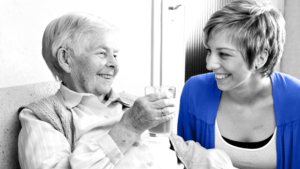 This new system has become hugely popular among clients and nurses. In less than a decade, it has grown to 8,000 nurses in 700 teams. Each team is responsible for most of its https://bccare.ca/wp-content/uploads/2022/08/medcare-img22.jpgistration. In 2014, these self-managed teams cared for 65,000 clients.

Each team of nurses decides what to do for a client, based on its collective wisdom, knowledge of the client, and knowledge of the community. Quality care is emphasized and evidence-based nursing care is applied. The nurses provide complete home care, including bathing and simple meal preparation, and are the highest-paid home care nurses in the Netherlands.

Surprisingly, the results are both highly cost-effective and more humane. Although nurses spend less care time per client, compared to traditional organizations, they are able to spend more time getting to know their clients. Clients stay in care half as long and heal faster. Emergency hospital admissions are 33 per cent less. And the average stay for those who are admitted is shorter.

A case study by the Commonwealth Fund, a U.S.-based organization that promotes high-performance health care, said this: “Buurtzorg’s rapid growth appears to be rooted in several factors. First, the model of care is popular among nurses with home care experience, enabling recruitment of talented staff. Second, the high client and family satisfaction ratings and good health outcomes have helped teams obtain referrals from physicians and hospitals as well as word-of-mouth recommendations.”

An Ernst and Young study found Buurtzorg had lower overhead costs than other home care providers (eight per cent of total costs compared with 25 per cent). It also had less than half the average incidence of sick leave and employee turnover. The average cost per client was 40 per cent less, projecting potential national savings of two billion euros per year.

Buurtzorg has garnered international acclaim. It now has teams in Sweden, Japan and the U.S. where Buurtzorg Neighbourhood Nursing is operating in Minnesota.

In May of this year, Health Minister Sharon Blady stated, in response to the Chartier inquest report, “Our government has worked very hard to make our home care program among the best in the country…” It is clear we should aim much higher. Her response to the auditor general’s report has been to create a new home care leadership team tasked to deliver an implementation plan in late 2016. With a successful home care model such as Buurtzorg in our backyard, it shouldn’t take nearly that long.

Rudy P. Friesen, partner emeritus at ft3, was the architect for the first Chez Nous personal care home. He is an elder-care consultant.