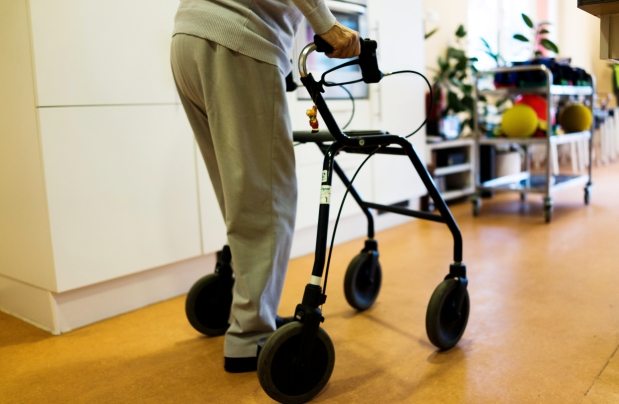 Christopher Simpson, president of the Canadian Medical Association, staff cardiologist at Kingston General Hospital in Ontario, and panelist at the 2014 BCCPA Annual Conference wants Ottawa to work with other levels of government to develop a national strategy for seniors care, with an early contribution of $2.3 billion to help provinces invest in more long-term care resources.

Simpson says the CMA intends to make this a ballot-box issue in the 2015 federal election. Read the full story below or click here to visit www.VancovuerSun.com.

A dearth of chronic-care health resources for the elderly has been a chronic problem, resulting in over-crowding in hospitals in B.C. and across the country.

With the seniors’ population set to take off, it is becoming tougher for politicians to keep looking the other way.

The CMA chief, in Vancouver this week to build support for his cause, wants Ottawa to work with other levels of government to develop a national strategy for seniors care, with an early contribution of $2.3 billion to help provinces invest in more long-term care resources. That is about the sum the Harper government aims to spend on its controversial income-splitting tax cut, interpreted by many as a pre-election bid to buy votes.

Simpson, who says the CMA intends to make this a ballot-box issue in the 2015 federal election, estimates 15 per cent of Canada’s acute care hospital beds are being occupied by seniors who, more appropriately, should be in long-term care beds or at home, assisted by community-based care. “They are trapped,” he says, “We are warehousing them.”

Not only is this unfair to seniors involved, it has created an untenable situation for hard-pressed hospitals. Moreover, having seniors with chronic conditions in acute care beds constitutes a waste of money.

Caring for a senior in a B.C. hospital costs the taxpayer between $825 and $1,968 daily, compared with $200 for long-term residential care.

A 2012 report by the Canadian Centre for Policy Alternatives details the challenge in B.C. Nearly 13 per cent of hospital days in B.C. are accounted for by seniors needing alternative types of care: “they are typically elderly people with complex needs who remain in hospital because of the lack of sufficient or appropriate residential care, community based rehabilitation, palliative care, and home care services in the community.”

The problem is growing worse, and quickly. Between 2005 and 2011 B.C. hospital beds occupied by patients more suited to chronic care increased by more than 35 per cent.

That surely is related to the fact that since 2001, access to residential care in B.C. has dropped by 21 per cent while home support access has declined by 30 per cent.

This is the result of the Christy Clark government’s fiscal restraint policies.

Yet, as the province works to deliver balanced budgets, it makes no sense to continue to over-spend on acute care for those not genuinely needing it.

However, politicians of all stripes and at every government level have resisted addressing the persistent problem because governments would need to find scarce new dollars to ensure availability of alternatives to acute care for seniors, without realizing any associated savings until much later.

If policy-makers do not act soon, their negligence will result in disastrous consequences for the health system.

Canada’s seniors population will constitute a quarter of the population by 2036, up from about 15 per cent today. At 15 per cent, they are consuming 50 per cent of health dollars.

The politicians are running out of time.