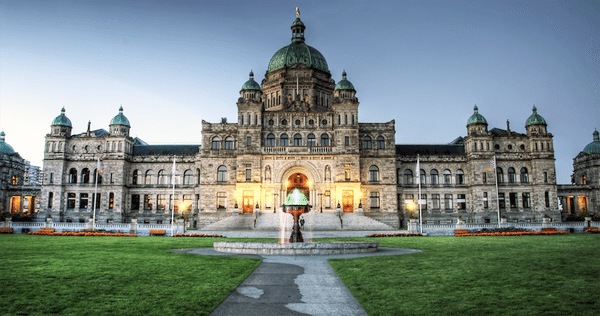 Last week the Ministry of Health held its estimates debate in the BC Legislature. The estimates process is an opportunity for the Official Opposition to pose questions to the Minister regarding any expenditures or policies related to his/her department. We would like to provide our members with a full transcript of the debate between Minister Terry Lake and NDP Opposition Critic Katrine Conroy.

A number of very interesting issues came up for discussion during the questioning process. In particular, there was an exchange between the Minister and the Opposition Critic regarding Bill 29 and the “flipping of contracts” on Vancouver Island. According to the Minister, “the BC Government is considering revisions to the home and community care and licensing policies to develop safeguards to ensure that seniors are not adversely affected by large-scale staff replacements.”

The BCCPA will be following up with the Ministry to request that our sector is consulted in advance of any new policies and regulations being developed.

What follows below is a portion of the debate. For the full transcript please view the PDF here.

A few other key highlights of the discussion include:

K. Conroy: I just want to ask a few questions around residential care layoffs. It’s become really apparent, especially in the last few months, the number of facilities that are still flipping contracts, so to speak, in long-term care facilities, primarily on the Island here. It causes such an issue for the seniors that are living in the facility. Of course, it causes an issue for the staff, who have been working with the seniors and suddenly have to leave and get their jobs back at a lower rate of pay and benefits.

It’s just really disconcerting, because this very practice was proven by the Supreme Court not to be one that should be utilized. Yet the bill that allows this to happen still sits on the books. The bill that allows this happen, Bill 29, affects the Ministry of Health; it affects seniors. We’ve talked to families; we’ve talked to seniors who are really worried. They’re stressed about it. They’re stressed about their care.

We know that for many seniors, they might not have families that come and visit them. For them, the caregivers become their family. They become the people they depend on. When suddenly those people are taken away from their lives, it creates real issues in facilities across the province, and it creates long-term health care issues.

I think it would be very simple for the government to take away the opportunity for facilities to do this contract flipping. It’s happening again and again, and I’m just wondering. I’d like to get the minister’s view on this — if there is any commitment, any discussion with other members of cabinet, for the sake of seniors and for the sake of facilities in this province that are trying to provide services, this is something that is in the near future?

Hon. T. Lake: I understand the potential for stress that’s caused by any change. The member is correct in saying that caregivers in long-term residential care facilities are essentially, in many ways, the family of the patients whom they serve.

There are situations…. I don’t have it in front of me, but I recall a situation — I believe it was on Vancouver Island here — in which a facility, a company, won a contract with Vancouver Island for provision of long-term residential care services. It was a non-unionized operation, and that was the basis upon which it won its contract. Its RFP submission was based on the costs of doing business as they were at the time.

Subsequent to winning the contract, the workforce became unionized, increasing the costs to the company that was providing the service and making it unsustainable. So in that case, services were contracted out, causing some disruption.

There are multiple reasons why this happens, but in order for the system to be sustainable, costs have to be managed, and one way to manage is through contracting out. With the 2010 collective bargaining agreements and Bill 29 settlements, that right was confirmed and negotiated into those agreements, so agreements were signed with that understanding.

I know that it’s stressful for residents at times. Fortunately, in many cases, many of the people that were working in the facility find new positions with the reorganization, and so they are still looking after those residents in many cases — not in all cases, I grant the member that.

We talked about the sustainability of the health care system. If we don’t have some flexibility in maintaining sustainability, then the costs to the system will be such that the health care budget will consume more and more and more of the provincial budget. There are only two things that can happen at that stage. Either other programs will have to be reduced to pay for it, or taxes will have to increase. We’ve indicated an unwillingness to do either of these.

K. Conroy: It’s interesting, because some of the owners of some of these facilities seem to be using it as a way to increase the bottom line. One contractor has done the flipping to nine different facilities. It’s interesting that other facilities manage to maintain decent wages and benefits. They manage to maintain good quality of care and don’t need to flip contracts to make ends meet.

I think that we need to be looking at why this is continuing to happen in certain facilities in the province. Should we be looking at regulations? It doesn’t seem to make sense that there’s a small group of operators that continue to flip contracts. Then we have the Island Health authority recommending that an owner flip contracts to make ends meet because that’s the only way you’re going to make ends meet. We have the same person saying: “We’re not getting enough money from the ministry, so you might as well flip the contract, pay lower wages and benefits.” There’s no accountability for the care that’s given to the seniors in the facilities.

I’m just asking the question: is this even something that’s going to be considered? I think that there have to be better ways of making ends meet, providing effective services within an economic framework, because other facilities do it. It seems a little odd that there are some that just can’t quite seem to do it, and I’m wondering what the minister has to say about that.

Hon. T. Lake: The Ombudsperson did a review of seniors, as the member is well aware, The Best of Care, part 2, and noted that….

There were a series of recommendations to improve the fairness and transparency of decisions that result in a facility closure or significant changes that have impacts on residents and their families.

The Ombudsperson did not make any recommendations about contractual arrangements between health authorities and operators — I think that’s significant — but the ministry does recognize that these are difficult changes, and we want to try to minimize those impacts. We are considering revisions to the home and community care and licensing policies to develop safeguards to ensure that seniors are not adversely affected by large-scale staff replacements.

We’re also considering possible amendments to the Residential Care Regulation to require that residents, families and staff are notified of decisions to close, reduce, expand, substantially change or transfer residents and are also considering ways to ensure that seniors and their families are informed of decisions that could impact them, also give them an opportunity to respond, and are informed of any avenues of recourse.

I think it’s safe to say the ministry, through the Ombudsperson’s report and our response, is aware of the situation, would like to find ways of minimizing impacts on residents when large-scale changes occur. Through possible changes to policy and regulations we will try to address some of those issues.

K. Conroy: The minister’s said that the Ombudsperson in her very detailed report didn’t raise this as an issue. Well, she didn’t raise some other issues, too, so surely to goodness I hope that doesn’t mean it’s issues that the ministry’s not going to be looking into in the future, because I’m probably going to be raising some of those issues that might have not been in the Ombudsperson’s report.

The minister said “considering this, considering the changes,” so are these changes going to be brought in soon, or are they just consideration? And is there a time frame?

Hon. T. Lake: Again, I think this is a subject that our seniors advocate, Isobel Mackenzie, will be very interested in looking into. She is developing her office. She is on a tour of the province and consulting with organizations and individuals around the province and has a tremendous background in residential care and assisted living. I know she will bring a personal interest in this particular topic.

I think this is something that we will discuss with the seniors advocate. I cannot put a time frame on that at this particular moment in time.