August 1, 2013 – Yesterday, the Hon. Bill Bennett, Minister of Energy and Mines and Minister Responsible for Core Review, released the Terms of Reference for the Core Review process. The scope of the review includes the mandates and program delivery models of all ministries, boards, commissions, Crown agencies and the SUCH sector (schools, universities, colleges, and hospitals).

The Terms of Reference state that the “process will not make recommendations on those services provided to the most vulnerable of citizens except to the extent that they are not achieving intended results.”

As reported by the Vancouver Sun, “Bennett said he will seek input from public organizations and the people they serve, as well as industry associations and other interest groups. He said he also wants to consult members of the private sector and the public, but has yet to determine exactly how that will take place.”

The objectives of the review are to:

The Core Review process is scheduled to be completed by December 31, 2014.

We will post updates on the consultation process as they become available.

July 3, 2013 – The Association has received a number on inquiries over the last several weeks regarding how the continuing care sector will be involved and/or impacted by BC’s Core Review process. To date, we have not yet received any correspondence from the BC Government regarding the terms of reference for the review. However, we are advised they will be made available for public review in the coming months. 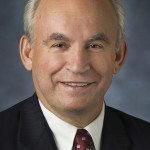 In the meantime, we thought we’d share with you a transcript of an interview with the Hon. Bill Bennett, Minister of Energy and Mines. Bennett is also responsible for leading the Core Review process. The interview was conducted by the CBC Early Edition’s Rick Cluff on June 26th. You will note the Minister indicates the government will be seeking outside advice regarding finding efficiencies and locating duplication within government.

During the interview he states “…one is that we’re looking at what we have done and what we are doing, so there is a potential for an internal bias and in that regard I want to make use of anyone in the public, anyone in the private sector, businesses, non-profits, anyone who has an interest in helping us and identifying things that we’re doing that don’t look to be effective or efficient. I want, you know, people outside Victoria to be involved in this process so I think that’s important.”

If you are a BCCPA member, click here to read the complete transcript of the interview: