The Seniors Care Human Resource Sector Committee (Committee) was established in 2009 to oversee the development and implementation of a comprehensive human resource strategy for the not-for-profit and private seniors care sector in the province. The Committee prioritized five initiatives:

The initiatives were overseen from April 2012 to March 2013 by consulting firm the Howegroup with the intention of improving recruitment and retention of seniors care workers. Howegroup then followed up with a recently released evaluation report of the five key initiatives.

“It’s a good start, taking a look at some of the HR challenges in the sector,” said Committee Chair Geoff Stevens. “I thought the Committee made the right decision in picking five. Some of them worked — the Home Support Summit was a runaway success. The Thank You Campaign was very successful. Some others had trouble gaining traction.” 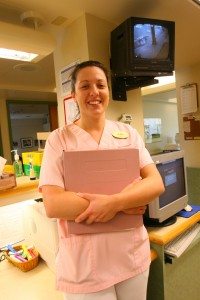 In the evaluation report, it was noted that the Home Support Summit and Thank You Campaign were resourced and managed completely external to the sites, as opposed to, for instance, the 80/20 LPN Mentorship Project that required support from within organizations that were already stretched thin with personnel.

Stevens, who was selected to be an independent chair by the BC Care Providers Association (BCCPA) to help the Committee work towards its objectives, said many residential care homes are simply too lean to be able to commit many human resources. He is however hopeful that the topics can be revisited again in the future taking into account what they’ve learned.

“We never had misassumptions that we were going to solve all the problems with this committee,” he said, adding it’s the first time the industry has come together in a collective and tried to address these issues as a group.

Although the Committee has come to an end, Heather Campbell, Director of Policy and Research at the BCCPA, says their work will live on.

“The Health and Safety Review Survey provides a strong legacy for a future continuing care safety association,” says Campbell. A goal of such a safety association would be to facilitate a reduction in workplace injuries by providing education in incident prevention, promoting safe workplaces and sharing best practices.

Campbell says the survey has yielded strong baseline data that will be significant in determining health and safety priorities for the continuing care sector.

“It shows us all perspectives [supervisors, managers and frontline staff] and that everyone shares common concerns about health and safety in the workplace,” she says.

Reflecting on the initiatives, Campbell says the BCCPA is very pleased how the process brought together a cross section of associations within the continuing care sector who normally might not all gather together.

“That’s always nice to see organizations that haven’t worked together in the past or as strongly come together to the table. At the end of the day, it’s to promote the great work that health care workers do,” says Campbell.

“It also focuses on the portion of the workforce that is often overlooked, and brings to the forefront the positive impact that health care workers make to BC seniors, families and economy.”

Wynona Giannasi is a consultant at the Howegroup who was involved with the project along with her colleague Jennifer Hystad, and helped write the evaluation report. She says the experience being involved from start to finish has been a gratifying one.

“It’s such a rewarding process to see how the recommendations were implemented, and see the way initiatives are starting to pave the way for good improvements for the sector,” says Giannasi.

Hystad says it wasn’t easy choosing just five initiatives, but they tried to make sure every need was carefully considered.

“It wasn’t just which initiatives were most prudent, but we wanted one in home care, one in residential care. We wanted the recommendations to reflect the different regions of the province.”

– Written by freelance writer Benjamin Yong. Funding for the human resources project was provided in whole or in part by the Canada-British Columbia Labour Market Development Agreement.